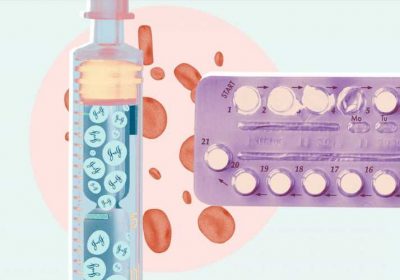 Health officials from both the US Food & Drug Administration and the Centers for Disease Control and Prevention recommended on Tuesday a temporary pause on the use of Johnson & Johnson's (J&J) COVID-19 vaccine over concerns about a potential link to a rare type of blood clot in six women who received the vaccine.

The pause is "out of an abundance of caution" and is meant to give the CDC's Advisory Committee on Immunization Practices (ACIP) and the FDA a chance to further investigate these rare cases. The recommended standstill also serves as an opportunity to make health care providers aware of the potential of this type of clot after a vaccine, as it requires a unique type of treatment.

The recommendation was a shock to most—especially those included in the more than 6.8 million people who had already received their single-shot dose of J&J's vaccine at the time of the announcement. It also sparked many to flood Twitter with comparisons between the risk of blood clots linked to J&J's vaccine and other medications—oral contraceptives (aka, the Pill), specifically.

It's true: Generally speaking, your risk of getting a blood clot from birth control is significantly higher than the potential risk of developing a blood clot from the J&J vaccine—but the types of blood clots we're talking about here aren't exactly the same. All blood clots aren't created equal, and there are actually several types out there, women's health expert Jennifer Wider, MD, tells Health.

Here's what you need to know about your blood clot risk as it pertains to the J&J vaccine, compared to your risk of getting a blood clot from oral contraceptives—and why it's important to talk about these two with just a bit more nuance.

First: What type of blood clot has been linked to the J&J vaccine—and what’s the risk?

The type of blood clot that caused the pause on the J&J vaccine is called a cerebral venous sinus thrombosis (CVST), a rare type of blood clot that forms in the brain. A CVST forms in the venous sinuses—spaces in the skull that let blood drain from the brain. That can lead to a very rare type of stroke that impacts less than five in a million people every year, per Johns Hopkins Medicine.

So far, there are six documented cases of people who developed a CVST after getting the J&J vaccine, according a joint statement from the FDA and CDC. All six cases were women between the ages of 18 and 48, and each developed symptoms between six to 13 days after they were vaccinated. Those women also presented with thrombocytopenia, which the term for a low blood platelet count.

The more than 6.8 million doses of the J&J vaccine that have been administered in the US so far, makes the odds that any one person who received this vaccine would develop a CVST 0.00009%, or less than one in a million. And that's if the adverse effect is indeed due to J&J's vaccine, which has yet to be confirmed, hence the pause for investigation. The six out of 6.8 million—or less than a one in a million chance—is also not a hard-and-fast statistic, as this is only referring to reported cases.

OK, so what about blood clots and birth control pills?

Between three and nine women in every 10,000 who take oral birth control pills will develop a blood clot, according to data from the FDA. (That's a 0.3 to 0.09% risk, if you prefer to think if it that way.)

Here's the thing: The data is talking about all blood clots here—not CVST in particular. Largely, blood clots linked to the Pill include deep vein thrombosis (DVT, where a clot forms in a deep vein, usually in your leg or pelvis) and sometimes pulmonary embolism (PE, where a clot breaks off, travels to your lungs, and causes a blockage in an artery there). "The mechanism [of DVT] is very different from the blood clot that was experienced after the Johnson & Johnson vaccine," Dr. Wider says, adding that the same goes for a PE.

Another big difference is in the way these blood clots are treated. With DVT, a drug called heparin (an anticoagulant or blood thinner) is often used to help prevent the clot from getting bigger and to prevent additional clots from forming. However, regarding the blood clots and thrombocytopenia linked to the J&J vaccine, the FDA says heparin may be dangerous and so an alternative treatment must be given.

That said, it is possible to develop a CVST while taking oral birth control pills. A 2015 meta-analysis published in the journal Frontiers in Neurology looked at 861 studies on CVST and found that the risk of developing the complication is 7.59 times higher in women who take oral birth control pills than in those who don't. Due to that, the study authors said that oral contraceptive pills "increases the risk of developing CVST in women of reproductive age," but that more research is needed.

Should we be comparing these blood clot risks?

It's difficult to directly compare the blood clots linked to the J&J vaccine and those linked to oral contraceptive use, but it can still be done in a responsible way—and may even be helpful.

"[The risks] need to be contextualized," infectious disease expert Amesh A. Adalja, MD, senior scholar at the Johns Hopkins Center for Health Security, tells Health. "Yes, there are different types of blood clots, but this comparison helps the public understand that every medication has some risk," he says, adding that these comparisons have value in helping people address the risks they find acceptable on a daily basis.

But sometimes those quick, unexplained comparisons can go too far. "We can misuse this comparison," says Dr. Adalja, noting again that it's difficult to directly analyze the risk of blood clots linked to J&J vaccine to those linked to birth control, since again, they are not the same type of clot nor do they have the same treatment options.

Overall, experts agree that the pause was necessary in the distribution of the J&J vaccine "because we don't know yet if there is an association between getting the vaccine and developing blood clots in the brain," Richard Watkins, MD, an infectious disease specialist and a professor of internal medicine at the Northeast Ohio Medical University, tells Health. With oral contraceptives, at least there is a known risk that people can weigh with their doctors before taking them, Dr. Wider points out.

Ultimately, your risk of getting a blood clot linked to the Johnson & Johnson vaccine is incredibly low based on the data that we have so far. And so is your risk of developing a blood clot when you're on birth control—but the two can't be compared quite as easily as they have been.

The information in this story is accurate as of press time. However, as the situation surrounding COVID-19 continues to evolve, it's possible that some data have changed since publication. While Health is trying to keep our stories as up-to-date as possible, we also encourage readers to stay informed on news and recommendations for their own communities by using the CDC, WHO, and their local public health department as resources.