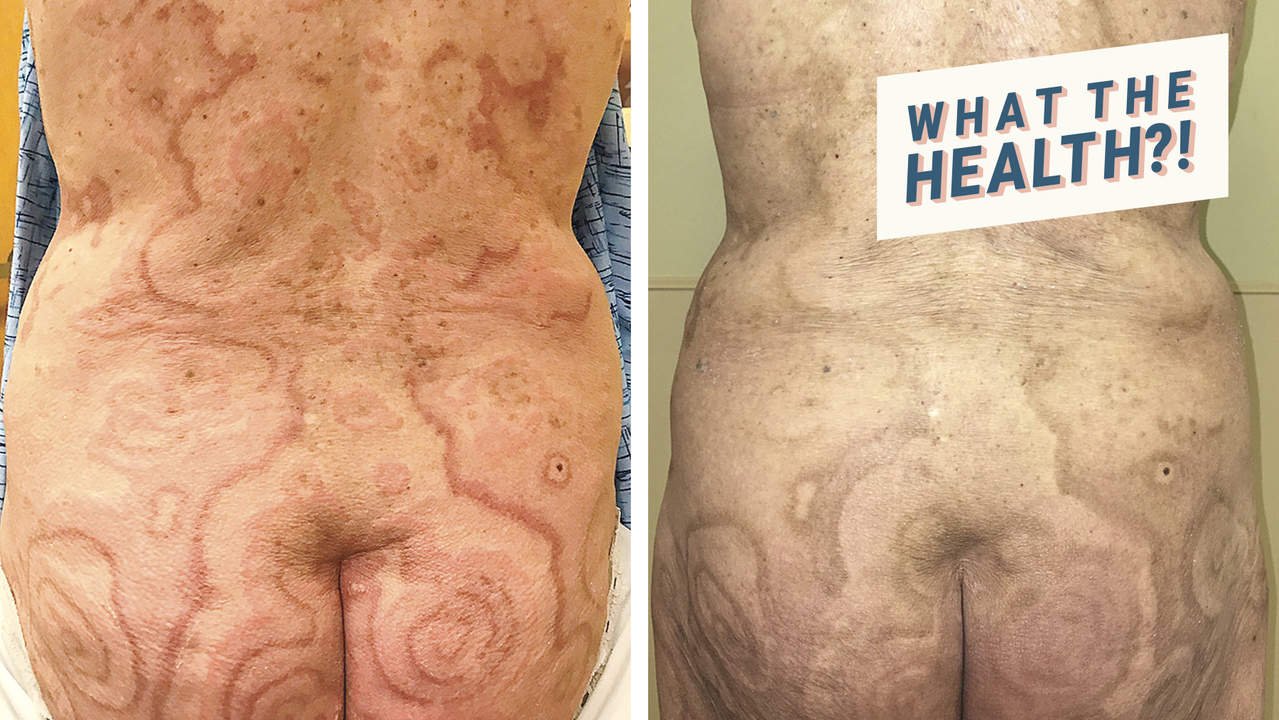 The photos, which are part of the journals’ Images in Clinical Medicine series, show the backside of a 73-year-old patient (photo A) who visited the dermatologist after an itchy, red rash had slowly been developing on her thighs, buttocks, trunk, and armpit over the past 11 months.

In their report, doctors at the University of Kansas Medical Center described the rash as “pruritic annular lesions with central duskiness”—which basically means it consisted of itchy and ring-shaped patches, with dark spots in the middle. If you ask us, the swirling patterns look like a topographical map—or a henna design gone wrong—tattooed all over her backside.

The patient was initially treated with prednisone and antihistamines, but her rash didn’t go away. In fact, it got worse over the next four months as she developed red, scaly plaques on her skin. The patient also developed abdominal pain, vomiting, and diarrhea during that time.

It turns out, the rash was something called erythema gyratum repens—“a rare paraneoplastic rash usually associated with breast, lung, or esophageal cancer,” her dermatologists wrote in NEJM. According to Weedon’s Skin Pathology, this rash is often “likened to wood grain or marble.”

Erythema gyratum repens was first described in medical literature in 1952, according to a 2011 case report in the Western Journal of Emergency Medicine. The rash most often occurs in Caucasians, and it’s been diagnosed twice as often in men as in women. It most commonly appears in the seventh decade of life, the case report’s authors wrote, and it often precedes a cancer diagnosis by several months.

Once doctors realized what was going on with this particular patient, they prescribed chemotherapy and radiation to treat her cancer, as well as topical steroids and gabapentin to treat her rash and the itch associated with it. Three months later, her rash had faded significantly (photo B), and eight months later her cancer—along with the weird symptoms that came with it—was in remission.