Home » Personal Health » This Woman Thought She Had a Brain Tumor, but It Was Actually a Tapeworm

This Woman Thought She Had a Brain Tumor, but It Was Actually a Tapeworm 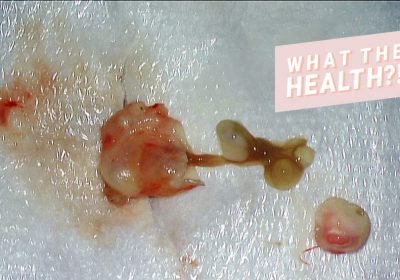 In January 2018, Rachel Palma started noticing her body wasn’t working quite right. Her mind wasn’t functioning properly, and she would suddenly drop items she was holding. “My right hand would just give way,” she tells Health.

Additionally, she started hallucinating and having nightmares. “I would not know where I was at times. I was in and out. I couldn’t find the words to communicate,” Palma says. “I showed up at work without my uniform, [and] I’ve been there five years. Two hours later everything would be fine.”

She ignored these symptoms for a while, but then sought help. “I went for a consult at Mount Sinai [Medical Center in New York City]. I was diagnosed with a malignant brain tumor,” Palma recalls.

At first, doctors told her they wanted to keep an eye on the tumor. But after they did a biopsy, they realizes they needed to operate. “I was told the contrast had changed, and they would like to remove it as soon as possible.”

On September 12, doctors were ready to do an excisional biopsy. But where they expected to see the malignant tumor they planned to remove, they found a tapeworm.

Yep, that’s right. Doctors found and removed a parasite from Palma’s brain. She awoke from anesthesia to the good but startling news that she was cancer-free. Instead of a tumor, she had a tapeworm.

Her immediate reaction was less freaked out than you'd expect. “Honestly, I was relieved that it was not cancer and that I wouldn’t need any further treatment," she says.

The change in direction when doctors discovered that what they thought was a tumor was actually a parasite left Palma’s doctors surprised, to say the least. “We were shocked,” Dr. Rasouli says.

He explains that the tapeworm formerly in Palma’s brain can be found in pork. If you only eat pork in the US, you don't have to worry about picking up a tapeworm. But the parasite can be found in the food supply in other countries, which is why experts advise avoiding raw meat while traveling overseas.

Dr. Rasouli says his team still isn’t sure how Palma picked up the tapeworm. Palma isn't either. “I’ve never been out of the country. I have no idea how I contracted it,” she says.

“She didn’t have any risk factors for this before surgery," Dr. Rasouli explains. "No recent history of travel. She doesn’t have interaction with somebody who travels a lot. It’s a mystery to us all. We’re still scratching our heads.”