Home » Personal Health » Is There a Cure for Lyme Disease?

Is There a Cure for Lyme Disease? 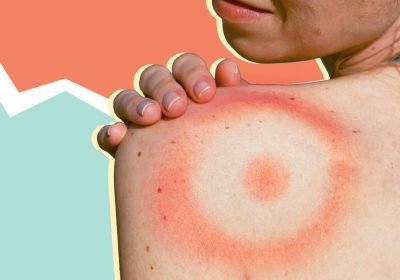 In much of the country, spring and summer mean warmer weather and spending more time outdoors. Unfortunately, it also means that the ticks that carry Lyme disease bacteria may be out in full force, especially in wooded or grassy areas.

About 30,000 cases of Lyme disease are reported each year to the U.S. Centers for Disease Control and Prevention, although experts estimate that 10 times that amount may actually be infected. That’s concerning, because if left untreated, Lyme disease can cause nerve damage, memory loss, dangerous inflammation around the heart, and other permanent health problems.

But the good news is that Lyme disease is also very treatable—especially when it’s diagnosed soon after symptoms begin. “Lyme disease is always curable,” Daniel Kuritzkes, MD, chief of the Division of Infectious Diseases at Brigham and Women’s Hospital in Boston, tells Health. The medications we have are very effective at getting rid of the infection.” Here’s what else you need to know.

How is Lyme disease diagnosed and treated?

Lyme disease is usually diagnosed when a person develops a bull’s-eye rash, flu-like symptoms (like fatigue, fever, chills, and muscle pain), or both. These symptoms usually start a few days or weeks after the person is bitten by an infected tick.

A two-step blood test can verify the presence of Lyme disease antibodies, although it does take a few weeks for those antibodies to develop. And despite what some physicians and advocacy groups claim, a blood test is the only way Lyme disease can be confirmed, Larry Zemel, MD, head of rheumatology at Connecticut Children’s Medical Center, tells Health. “Some doctors say they can diagnose Lyme even when patients test negative repeatedly, but that has not been borne out by any scientific study,” he says.

When people are diagnosed with Lyme disease in its early stages, a 10- to 20-day course of oral antibiotics—usually with a drug called doxycycline—will clear the infection and help them feel better fairly quickly. “This cures the vast majority of people, and they have a 100% recovery with no lasting effects,” says Dr. Zemel.

If Lyme disease isn’t diagnosed right away, it can cause more serious symptoms like arthritis and memory problems. These people may need a full month of oral antibiotics, says Dr. Zemel. About 20% of these patients will need IV antibiotics (if oral drugs don’t help), and they may also need other medications to treat symptoms like pain and muscle stiffness.

Sometimes, a shorter course of antibiotics can be given preemptively, before symptoms of Lyme disease begin. Doctors may prescribe this treatment if a person knows they were bitten by a tick within the last 72 hours, suspects that the tick was attached to their skin for at least 24 hours, and was in an area where Lyme disease is prevalent. “There’s roughly a two-day window in which preventive antibiotics can work,” says Dr. Zemel.

Does Lyme disease go away on its own?

It’s certainly possible for people to get Lyme disease and to clear the infection on their own, without treatment, says Dr. Kuritzkes. “But it’s better to be treated, because some of the complications—like arthritis and myocarditis and damage to the central nervous system—can be very serious.”

The type of bacteria that causes Lyme disease is in the same general family as the type that causes syphilis, Dr. Kuritzkes explains. “That doesn’t mean anything similar in terms of transmission, but syphilis has several different phases, with primary and secondary and tertiary symptoms,” he says. “The infection can hide out in the body for a long time and can cause problems down the road if it’s not treated.”

How long does Lyme disease last?

Lyme disease symptoms can begin anywhere from three to 30 days after transmission of the infection from a tick. If treated early on with antibiotics, most people feel better within a few weeks, says Dr. Zemel.

According to the CDC, it’s not uncommon for people to experience lingering symptoms like fatigue and joint or muscle pain for a few weeks or months after treatment. Additional antibiotics won’t help these symptoms, however, and most people improve on their own over time.

In a small percentage of cases, people continue to experience symptoms for more than six months after their recommended course of antibiotics is completed. This is sometimes referred to as chronic Lyme disease—but that name is misleading, says Dr. Kuritzkes, because there is no evidence that the bacteria that causes Lyme disease is still present in the body. Instead, the CDC refers to this condition as post-treatment Lyme disease syndrome (PTLDS).

“As with many other kinds of infectious diseases, some people are left with some debilitating symptoms that don’t go away,” says Dr. Kuritzkes. “I like to compare it to polio: Some people who had polio are left paralyzed, but that doesn’t mean they have chronic polio; they have permanent damage from the infection, even after it’s gone away.”

“It’s possible that Lyme infection leads to some damage that we don’t fully understand yet,” Dr. Kuritzkes adds. “But we do know that long-term or repeated courses of antibiotics have no benefit in these cases.” (Be wary of doctors who call themselves “Lyme literate” and recommend ongoing antibiotics or other unproven treatments, he adds, since these techniques are not backed up by science and can sometimes be harmful.)

What if I don't feel better after treatment?

If you’re treated for Lyme disease and don’t feel better after you’ve finished your treatment, talk to your doctor. He or she may recommend a longer course of antibiotics or may be able to prescribe another medication to help with symptoms like joint or muscle pain.

You might also want to seek a second opinion, especially if your Lyme disease diagnosis was not initially confirmed via a two-step blood test. If your body has not responded to antibiotics, it’s possible that something else besides the bacteria that causes Lyme disease is making you sick. In 2017, for example, the CDC reported on a woman who was given antibiotics and herbal remedies to treat her “chronic Lyme disease,” when she actually had—and eventually died from—amyotrophic lateral sclerosis (ALS).

Get more on Lyme disease here.