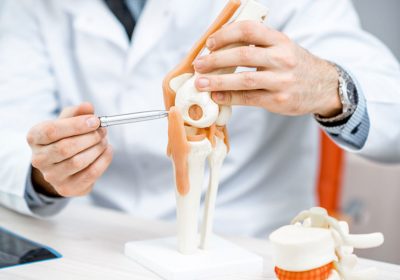 When patients receive a new hip or knee joint, then you want to know how long it will keep. A major study gives a reassuring answer: Eight out of ten knee prostheses, and six out of ten hip replacement, even after 25 years still in use.

Lead author Dr. Jonathan Evans, of the Bristol Medical School, said: "Due to the advances in technology and techniques in the last 25 years, we assume that the currently used hip or knee prostheses for longer." Hip and knee replacement are two of the most common and effective surgical procedures. But even in the best case they fail at some point due to infections, fractures, wear and tear or reactions on particles. Then, many of the patients require Revision surgery, which often lead to worse results than the first Operation.

For the analysis of data from six national joint replacement registries from Australia, Denmark, Finland, new Zealand, Norway and Sweden, as well as case series were examined. More than 200,000 cases of hip joint and almost 300,000 cases with knee prostheses were considered.