Home » Personal Health » Fentanyl in High School: A Texas Community Grapples With the Reach of the Deadly Opioid

Fentanyl in High School: A Texas Community Grapples With the Reach of the Deadly Opioid 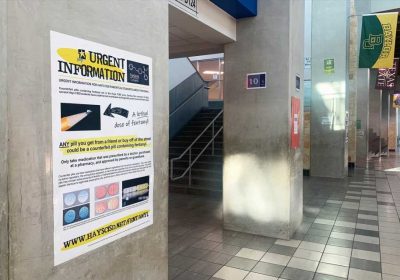 KYLE, Texas — The hallways of Lehman High School looked like any other on a recent fall day. Its 2,100 students talked and laughed as they hurried to their next classes, moving past walls covered with flyers that advertised homecoming events, clubs, and football games. Next to those flyers, though, were posters with a grim message warning students that fentanyl is extremely deadly.

Right before this school year started, the Hays Consolidated Independent School District, which includes Lehman, announced that two students had died after taking fentanyl-laced pills. They were the first recorded student deaths tied to the synthetic opioid in this Central Texas school district, which has high school campuses in Kyle and Buda, a nearby town. Within the first month of school, two more fatalities were confirmed.

The reaction from school officials, employees, students, and parents has been intense, mixing heartbreak and terror with anger and action. The community, it seems, is ready to fight back. The school system has prioritized its existing anti-drug educational campaign. Students are wrestling with their risky behaviors and peer pressure. And parents are trying to start difficult conversations about drugs with their children.

They are “taking the bull by the horns,” said Tim Savoy, the school district’s chief communications officer.

But there are also questions about whether those efforts will be enough.

The overdose problem facing the district, which is just south of Austin and about an hour northeast of San Antonio, mimics a nationwide trend. More than 107,000 people in the U.S. died of drug overdoses in 2021, according to the Centers for Disease Control and Prevention, a record. Most of those deaths — 71,238 of them — involved fentanyl and other synthetic opioids. The Drug Enforcement Administration has warned that fentanyl is increasingly finding its way into “fake prescription pills” that are “easily accessible and often sold on social media and e-commerce platforms.”

The police chief in Kyle, Jeff Barnett, said that’s a problem in his area. “You could probably find a fentanyl-laced pill within five minutes on social media and probably arrange a meeting within the hour” with a dealer, Barnett said. 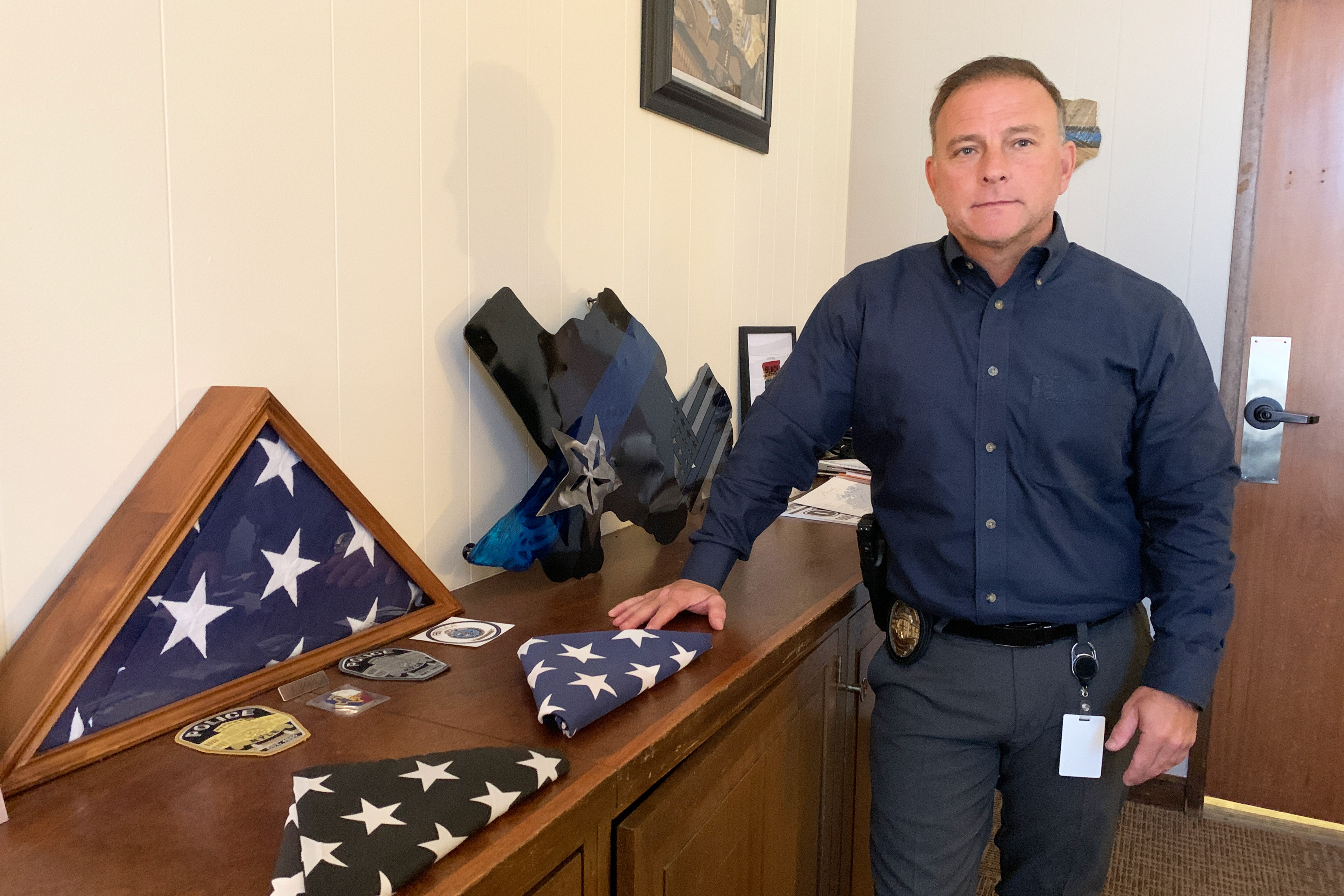 The fentanyl threat has made high schoolers more susceptible to getting ahold of the lethal pills. They might believe they are using party drugs that, though illegal, are not — on their own — nearly as deadly as fentanyl.

The kids are “not intentionally buying fentanyl,” Jennifer Sharpe Potter, a professor of psychiatry and behavioral sciences at UT Health San Antonio, said in testimony during a September hearing before the Texas House of Representatives. They don’t know that it’s in the pills they buy, she added, describing the problem as the “third wave of the overdose crisis.”

Seventeen-year-old Kevin McConville, a Lehman student who died in August, appears to be one of this wave’s victims. In a video the district produced, Kevin’s parents explain with grief heavy in their eyes that after their son’s death, they learned from his friends that he was struggling to sleep. After taking pills he thought were Percocet and Xanax, he didn’t wake up, his parents said.

Stories like that have led the school district to issue the following warning on its website: “Fentanyl is here. We need to talk about fentanyl. And fentanyl is deadly.” It’s 100 times as potent as morphine and 50 times as potent as heroin, according to the DEA, and 2 milligrams is potentially lethal.

The district launched a “Fighting Fentanyl” campaign — which enlists city police and emergency medical services personnel. There’s a “HopeLine” to which students can anonymously send information about classmates who may be taking illicit drugs. Starting in sixth grade, students are required to watch a 13-minute video that underscores how dangerous and deadly fentanyl is and explains how to identify when a classmate may be overdosing.

“We’re recruiting students to help us be the eyes and ears if they’re at a party or at a friend’s house,” Savoy said.

The school system also hopes to raise students’ awareness of the risks they face. Any pill — no matter what it is — that didn’t come from a pharmacy cannot be trusted: “It’s like playing Russian roulette,” Savoy said. 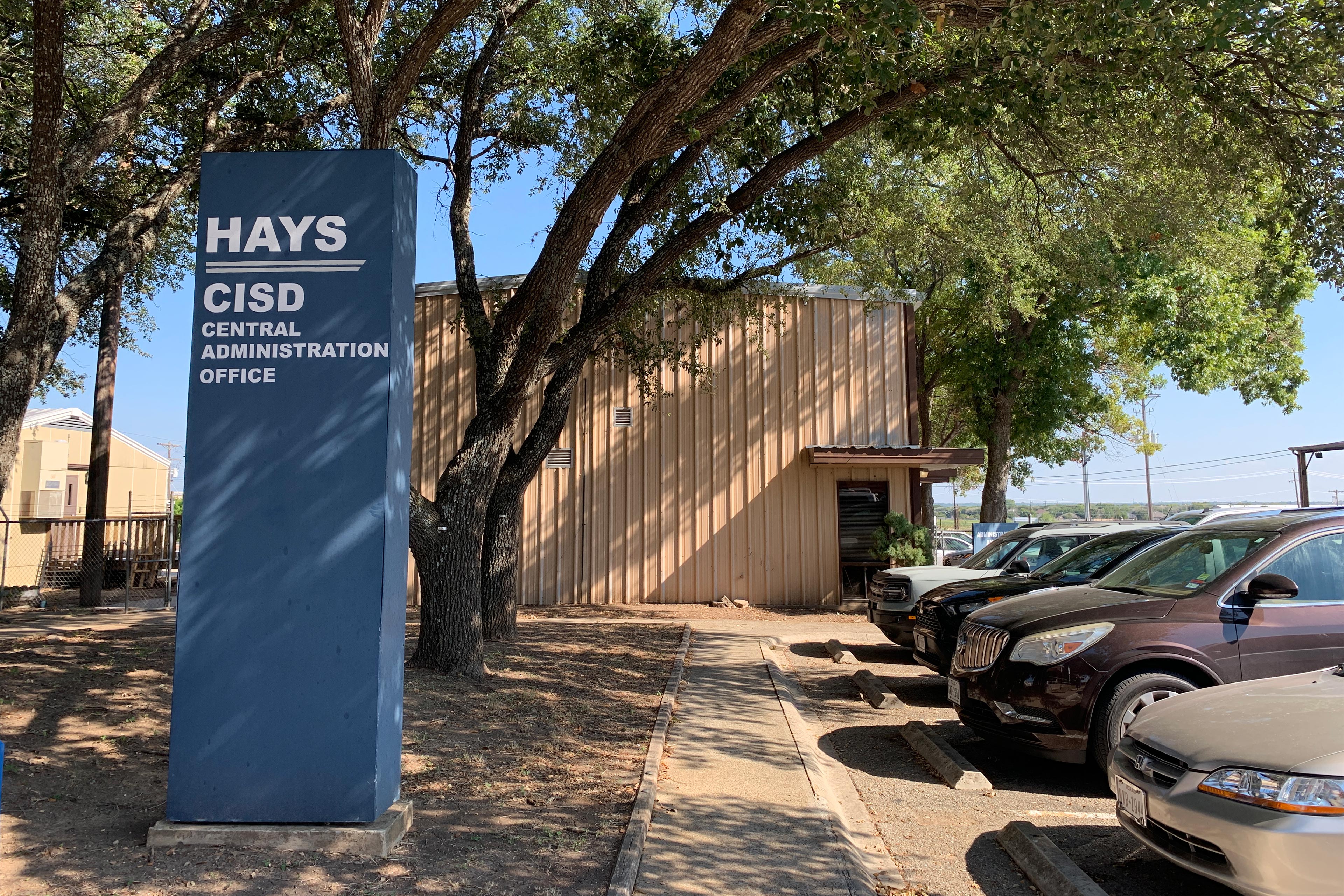 The message may be resonating. Sara Hutson, a Lehman High senior, said sharing over-the-counter pills such as Tylenol and Motrin used to be common, but she no longer considers it safe. Her trust is gone.

But other students aren’t as cautious. Lisa Peralta shared in a Facebook post in September that her daughter, who is in seventh grade, admitted to eating an “anxiety gummy” her friend gave her. “I’m scared because my daughter is a follower,” the Kyle resident wrote. “I just don’t trust that she won’t do it again if she feels pressured.”

No matter how clear the district and parents make their messages, Savoy worries they may never be enough because students are so adventurous. “It’s just the teenage mindset,” he said. “They think, ‘We’re invincible; it’s not going to happen to me.’ But it is happening to us in our community.”

Still, the feelings of unease and grief are sometimes palpable. Students have been fighting more at school, said Jacob Valdez, a Lehman sophomore who knew two of the students who died. That might be happening, he added, because “everyone is just angsty.”

The tension is not limited to middle and high school students. It’s also become very real for parents of elementary school kids, since the DEA warned the public in August about fentanyl-laced pills that look like brightly colored candies. The Hays school district is also hanging warning posters geared toward younger students.

Jillien Brown of Kyle said she is worried about her daughters, 5-year-old Vivian and 7-year-old Scarlett. “We told them that there’s some scary things going on, that people are getting very sick and they’re dying from taking what they think is candy or medicine,” Brown said. “We use the word ‘poison,’ so like when Snow White bit the apple.”

But the conversation must be ongoing, Brown said, because the day after she talked to her daughters, “some little kid on the bus gave them a candy and they ate it.”

Similarly, Kyle resident April Munson, a former elementary school teacher, considers it all “gut-wrenching.” She showed her 9-year-old son, Ethan, pictures of the multicolored “rainbow fentanyl” pills. “It’s a hard conversation to have, but hard conversations are often the most important ones,” she said. “And, really, you can’t afford to have elephants in the room.”

And even as parents and the school officials attempt to prevent fentanyl from striking again, another reality check comes.

Last year, the school district started stocking in every school a supply of the overdose reversal drug naloxone, also known as Narcan. So far this semester, despite all the community has gone through, it has been used to save four more students, Savoy said. In one case, Savoy said, first responders had to use three doses to revive a student — the fentanyl “was that strong,” he said. 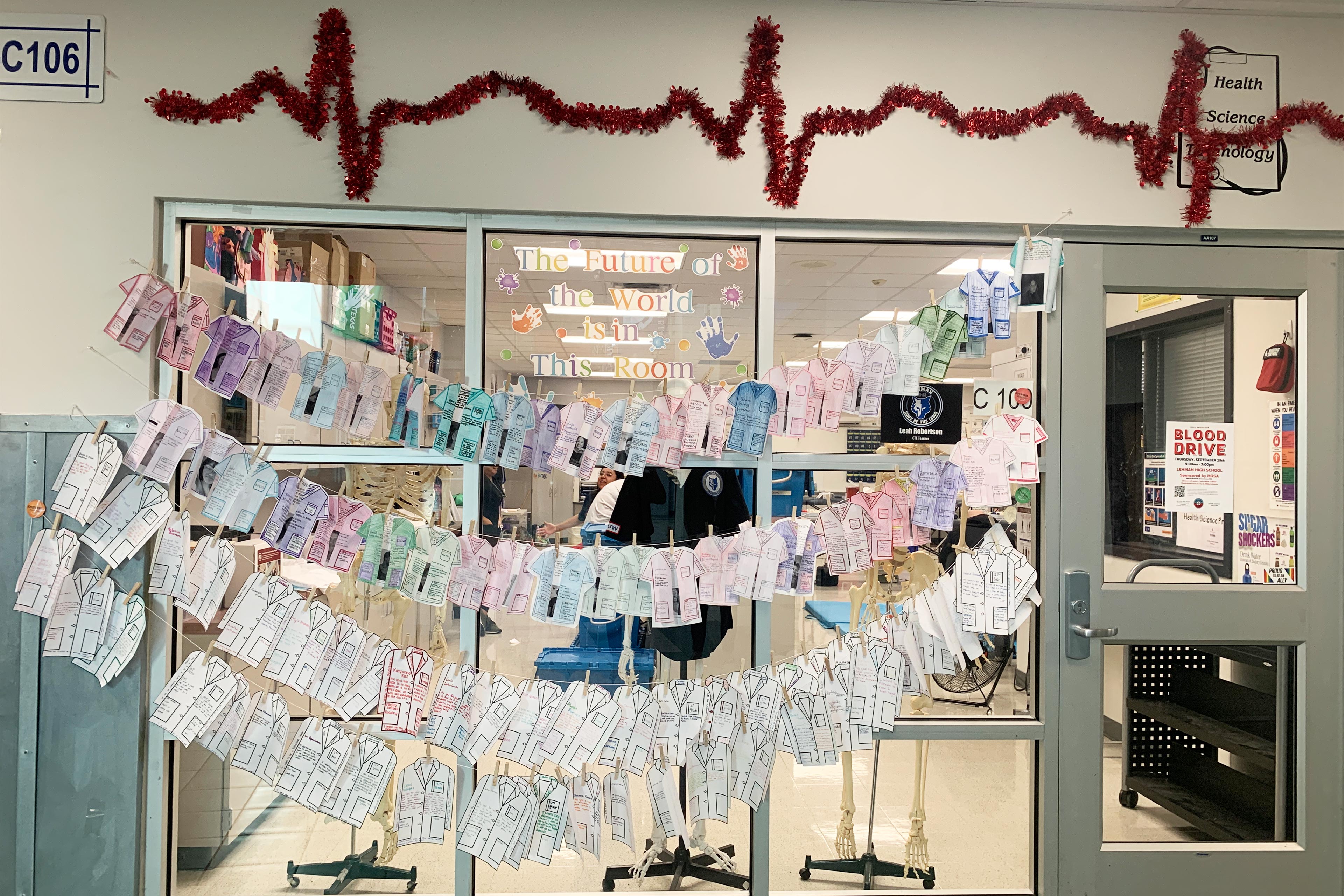