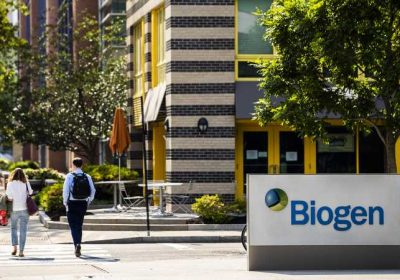 Do you sometimes lose your train of thought or feel a bit more anxious than is typical for you?

Those are two of the six questions in a quiz on a website co-sponsored by the makers of Aduhelm, a controversial new Alzheimer’s drug. But even when all responses to the frequency of those experiences are “never,” the quiz issues a “talk to your doctor” recommendation about the potential need for additional cognitive testing.

Facing a host of challenges, Aduhelm’s makers Biogen and its partner Eisai are taking a page right out of a classic marketing playbook: Run an educational campaign directed at the consumer, one who is already worried about whether those lost keys or a hard-to-recall name is a sign of something grave.

The campaign — which also includes a detailed advertisement on The New York Times’ website, a Facebook page and partnerships aimed at increasing the number of places where consumers can get cognitive testing — is drawing fire from critics. They say it uses misleading information to tout a drug whose effectiveness is widely questioned.

“It’s particularly egregious because they are trying to convince people with either normal memories or normal age-related decline that they are ill and they need a drug,” said Dr. Adriane Fugh-Berman, a pharmacology professor at Georgetown University Medical Center, who wrote about the website in an opinion piece.

The website’s “symptoms quiz” asks about several common concerns, such as how often a person feels depressed, struggles to come up with a word, asks the same questions over and over, or gets lost. Readers can answer “never,” “almost never,” “fairly often” or “often.” No matter the answers, however, it directs quiz takers to talk with their doctors about their concerns and whether additional testing is needed.

While some of those concerns can be symptoms of dementia or cognitive impairment, “this clearly does overly medicalize very common events that most adults experience in the course of daily life: Who hasn’t lost one’s train of thought or the thread of a conversation, book or movie? Who hasn’t had trouble finding the right word for something?” said Dr. Jerry Avorn, a professor of medicine at Harvard Medical School who has been sharply critical of the approval.

Aduhelm was approved in June by the Food and Drug Administration, but that came after an FDA advisory panel recommended against it, citing a lack of definitive evidence that it works to slow the progression of the disease. The FDA, however, granted what is called “accelerated approval,” based on the drug’s ability to reduce a type of amyloid plaque in the brain. That plaque has been associated with Alzheimer’s patients, but its role in the disease is still being studied.

News reports also have raised questions about FDA officials’ efforts to help Biogen get Aduhelm approved. And consumer advocates have decried the $56,000-a-year price tag that Biogen has set for the drug.

On the day it was approved, Patrizia Cavazzoni, the FDA’s director of the Center for Drug Evaluation and Research, said the trial results showed it substantially reduced amyloid plaques and “is reasonably likely to result in clinical benefit.”

Describing the website as part of a “disease awareness educational program,” Biogen spokesperson Allison Parks said in an email that it is aimed at “cognitive health and the importance of early detection.” She noted that the campaign does not mention the drug by name.

Earlier Thursday, in “an open letter to the Alzheimer’s disease community,” Biogen’s head of research, Dr. Alfred Sandrock, noted the drug is the first one approved for the condition since 2003 and said it has been the subject of “extensive misinformation and misunderstanding.” Sandrock stressed a need to offer it quickly to those who have only just begun to experience symptoms so they can be treated before the disease moves “beyond the stages at which Aduhelm should be initiated.”

While the drug has critics, it is also welcomed by some patients, who see it as a glimmer of hope. The Alzheimer’s Association pushed for the approval so that patients would have a new option for treatment, although the group has objected to Biogen’s pricing and the fact that it has nine years to submit follow-up effectiveness studies.

“We applaud the FDA’s decision,” said Maria Carrillo, chief science officer for the association. “There’s a benefit to having access to it now” because it is aimed at those in the early stages of dementia. Those patients want even a modest slowdown in disease progression so they have more time to do the things they want to accomplish, she said.

The drug is given by infusion every four weeks. It also requires expensive associated care. About 40% of the patients in the trials experienced brain swelling or bleeds, so regular brain imaging scans are also required, according to clinical trial results and the drug’s label. In addition, patients will likely need to be checked for amyloid protein, which is done with expensive PET scans or invasive spinal taps, according to Alzheimer’s experts.

To educate more potential patients, and customers, Biogen announced it has teamed with CVS to offer cognitive testing, and with free clinics for dementia education efforts.

Biogen is also picking up some of the laboratory costs for patients who get a spinal tap.

Still, the drug faces headwinds: There’s a congressional probe of the drug’s approval, the head of the FDA has called for an independent investigation of its review process, and there’s pushback from policy experts and insurers over its price, which they say could seriously strain Medicare’s finances. Some medical systems, including the Cleveland Clinic and Mount Sinai, say they won’t administer it, citing efficacy and safety data.

None of that is mentioned in Biogen’s campaign.

Instead, the advertisements and websites focus on what is called mild cognitive impairment, including a warning that 1 in 12 people over age 50 have that condition, which it describes as the earliest clinical stage of Alzheimer’s.

On its website, Biogen doesn’t cite where that statistic comes from. When asked for the source, Parks said Biogen’s researchers made some mathematical calculations based on U.S. population data and data from a January 2018 article in the journal Neurology.

Some experts say that percentage seems high, particularly on the younger end of that spectrum.

“I can’t find any evidence to support the claim that 1 in 12 Americans over age 50 have MCI due to Alzheimer’s disease. I do not believe it is accurate,” said Dr. Matthew S. Schrag, a vascular neurologist and assistant professor of neurology at Vanderbilt University Medical Center in Nashville, Tennessee.

While some people who have mild cognitive impairment progress to Alzheimer’s — about 20% over three years — most do not, said Schrag: “It’s important to tell patients that a diagnosis of MCI is not the same as a diagnosis of Alzheimer’s.”

Mild cognitive impairment is tricky to diagnose — and not something a simple six-question quiz can uncover, said Mary Sano, director of the Alzheimer’s Disease Research Center at the Icahn School of Medicine at Mount Sinai in New York.

“The first thing to determine is whether it’s a new memory problem or a long-standing poor memory,” said Sano, who said a physician visit can help patients suss this out. “Is it due to some other medical condition or a lifestyle change?”

Carrillo, at the Alzheimer’s Association, agreed that MCI can have many causes, including poor sleep, depression or taking certain prescription medications.

Based on a review of medical literature, her organization estimates that about 8% of people over age 65 have mild cognitive impairment due to the disease.

She declined to comment on the Biogen campaign but did say that early detection of Alzheimer’s is important and that patients should seek out their physicians if they have concerns rather than rely on “a take-at-home quiz.”

Schrag, however, minced no words in his opinion of the campaign, saying it “feels like an agenda to expand the diagnosis of cognitive impairment in patients because that is the group they are marketing to.”