Home » Personal Health » Exploring the dark side of the genome

Exploring the dark side of the genome 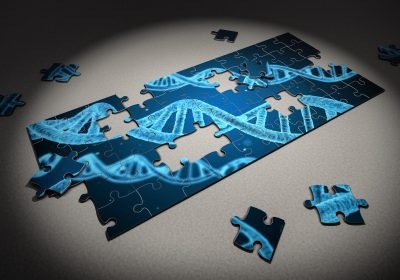 Research has shown a direct relationship between mutations in introns and variability in human populations.

One of the greatest challenges of genomics is to reveal what role the “dark side” of the human genome plays: those regions where it has not yet been possible to find specific functions. The role that introns play within that immense part of the genome is especially mysterious. The introns, which represent almost half the size of the human genome, are constitutive parts of genes that alternate with regions that code for proteins, called exons.

Research published in PLOS Genetics, led by Alfonso Valencia, ICREA, director of the Life Sciences department of the Barcelona Supercomputing Center-National Supercomputing Center (BSC) and Dr. Daniel Rico of the Institute of Cellular Medicine, Newcastle University has analysed how introns are affected by copy number variants (CNV). CNVs are genomic variants that result in the presence (even in multiple copies) or absence of regions of the genome in different individuals.

Difficulty detecting and interpreting this type of variation has made its analysis impossible until now. This research team has developed a methodology to understand how CNVs, specifically when they represent DNA losses in some individuals, affect introns.

The results show that introns tend to be lost less frequently than other non-coding regions of the dark side of the genome. This suggests that there is a selective pressure to not lose them during evolution. This finding can be interpreted as a consequence of their functional importance. Confirming this hypothesis, this work has revealed that the loss of intron fragments tends to selectively exclude those parts of introns that contain known regulatory signals and therefore are more likely to affect the organism. The analysis of these regulatory signals has required the study of their organization in the three-dimensional structure of the nucleus of cells.

Dr. Rico explained: “When we compare human genomes from different people, we see that they are way more different than we initially expected when the Human Genome Project was declared to be “completed” in 2003. One of the main contributions to these differences are the so called Copy Number Variable (CNV) regions. CNV regions are in different copy number depending on each individual, and their variability can be greater in some human populations than others. The number of copies of CNV regions can contribute to both normal phenotypic variability in the populations and susceptibility to certain diseases.

“Genes are mainly composed of exons, genomic regions with information that encode for proteins, and long stretches of DNA found between exons. Until now, most studies have focused into CNV regions that include entire genes, affecting their dosage in each individual. We discovered that CNV regions that exclusively affect introns can also affect the gene dosage of these genes. The DNA is folded inside the nucleus of cells, so exons and introns of different genes can be in close proximity of each other. Strikingly, our data also suggests that the length of certain introns can also influence the gene dosage of different genes that in their proximity, including some associated with disease.”

“The data was there, but no one had paid attention to it: as introns are not usually given importance, nobody had noticed that more than 6000 genes have introns with variable sizes in different people,” comments Maria Rigau of the BSC, principal author of the paper, who adds that “the size of the genes matters, since we see a significant number of genes in which having shorter or longer introns affects the amount of RNA that is produced, which could be associated with changes in transcriptional regulation and could be related to different diseases. “