Home » Personal Health » DNA-robots in the fight against breast cancer

DNA-robots in the fight against breast cancer 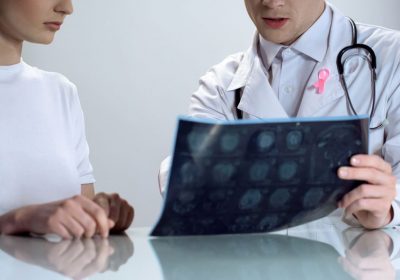 In about 20 percent of all breast cancer cases, a particular characteristic is present in large amounts on the cancer cells called HER2. Researchers from the Sichuan University in China have developed a DNA nanorobot that can detect this feature and its removal effect, whereby the cancer cells to die.

If breast cancer cells have the feature of HER2, then this could be as a target for therapy to be useful. For example, there are antibodies that are administered to the patients. But they are expensive and have serious side effects. A way out of this Dilemma could re-present developed a DNA nano-robot. Scientists led by Yunfeng Lin of the University in Sichuan have developed a short DNA sequence, the HER2 detects and in the same manner as the therapeutic antibody, the degradation of the characteristic caused, so that the cells cease to divide, and eventually die.

Because the small DNA sequence was alone degraded too quickly, have not coupled the scientists to a backbone of DNA, which only increased the biostability in the blood of mice, but the activity against the cancer increased: In the laboratory, the DNA nano-robots killed-specifically, the cells that had the characteristic of HER2, other cells could you in peace.

The DNA nano-robots are much easier and cheaper to produce as a therapeutic antibody, however, you need to be further improved before they can be used in the clinic for the treatment of breast cancer.