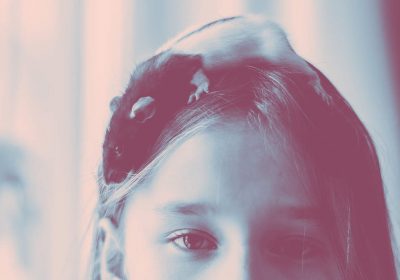 An 8-year-old girl in California recently fell ill with rat bite fever, which can be fatal, but she’s now recovering, NBC Bay Areareports.

Rat bite fever can be fatal if not treated quickly. It’s caused by bacteria that live in rats. Two types of bacteria cause the illness: Streptobacillus moniliformisand Spirillum minus. You can, obviously, get rat bite fever by cuddling up with rats, but you can also get the illness by eating food or drinking water that’s been contaminated with the droppings or urine of rats carrying one of these bacteria.

Symptoms of rat bite fever include vomiting, fever, muscle pain, headache, swelling or joint pain, and rash. A rash will occur in about 75% of people who get rat bite fever.

Symptoms of the illness can occur 3 to 10 days after contact with a rodent. However, they can be delayed for as long as 3 weeks. By that time the scratch wound or bite that allowed the bacteria to enter the body would have likely healed already, the CDC says.

“Within 2 to 4 days after fever begins, a rash may appear on the hands and feet. This rash looks like flat, reddened areas with small bumps. One or more joints may then become swollen, red, or painful,” the CDCexplains.

The little girl in California who developed rat bite fever was treated in time, but her mother warns that watching her get sick “was really scary and hard to watch.”

“We couldn’t even touch her because she hurt so bad,” her mother, Sabrina, told NBC. Additionally, her daughter’s temperature reached 104.6 degrees. Her joint pain kept her from walking.

The girl’s illness is reportedly the third case of rat bite fever treated at Rady Children’s Hospital-San Diego in the last six years.

A 10-year-old boy died of rat bite fever in 2013 after the child’s grandmother bought him a pet rat at Petco. His family sued the pet store for $20 million, claiming it failed to warn customers of the risks of pet rodents. However, a jury concluded that Petco was not negligent.

NBC reports that the family of the 8-year-old girl now recovering from rat bite fever plans to place the child’s two pet rats up for adoption.