New approach to pain treatment in diseases of the pancreas 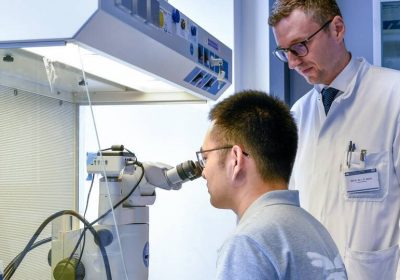 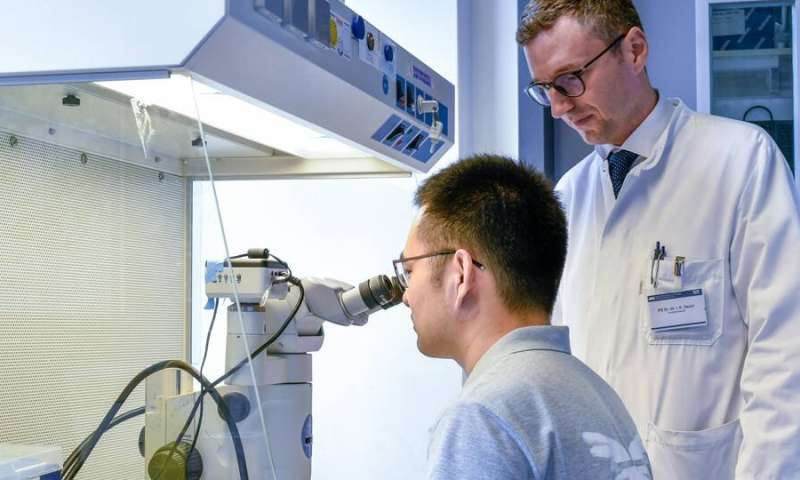 One of the worst symptoms associated with inflammation or cancer of the pancreas is severe chronic pain. Pancreatic pain is difficult to treat, because many painkillers prove ineffective in pancreatic patients. In a recent study, a team at the Technical University of Munich (TUM) discovered the cause of this phenomenon for the first time: a particular neuroenzyme in the body is present in the nerves of the organ in high concentrations.

In many cases only potent analgesics such as opiates are able to relieve the suffering of those affected. But these medications have serious side effects, including dependency, fatigue and constipation. For this reason, scientists have long been searching for better pain therapies for pancreatic patients.

Dr. Ihsan Ekin Demir and his team in the Department of Surgery at TUM’s university hospital Rechts der Isar wanted to find out why pain treatment is so difficult and often ineffective in diseases of the pancreas.

Pain mediator profile of the pancreas

They examined pancreatic tissue samples from 42 female and male patients with chronic inflammation (chronic pancreatitis) or cancer of the organ (pancreatic carcinoma). The samples were taken from the head region of the organ. In this area, the nerve density is particularly high, and the pancreatic head is therefore often surgically removed for therapeutic reasons. Tissue donations from healthy subjects served as controls in the new study. The scientists determined the levels of the most important neurotransmitters and neuroenzymes present in nerves of the pancreas for communication and signal transmission.

“We’ve created a pain mediator profile for this region of the pancreas, which plays a key role in the development and perception of pain. This makes it easy to detect pathological changes,” explains Ekin Demir, head of the study.

It turned out that a specific enzyme was greatly increased in the nerves of the pancreatic tissue patient samples that were examined: neuronal nitric oxide synthetase (nNOS). This enzyme is responsible for the synthesis of the messenger NO, which plays a role in, among other things, the development of pain. In particular, NO leads to neuronal hyperactivation by binding to receptors on the neuronal surface.

When the scientists then added extracts from the patient samples to nerve cell cultures, the quantity of the nNOS enzyme increased in the cultured nerve cells.

In a well-established mouse model for pancreatic diseases, they then used a specific inhibitor that blocks nNOS. This substance is already approved as an experimental drug but cannot yet be used in humans. Demir’s team found that mice receiving the drug were much less sensitive to touch in the affected abdominal area than the control animals. This serves as an indicator of pain perception.