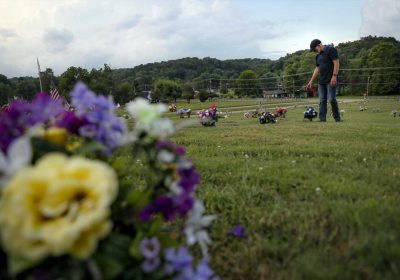 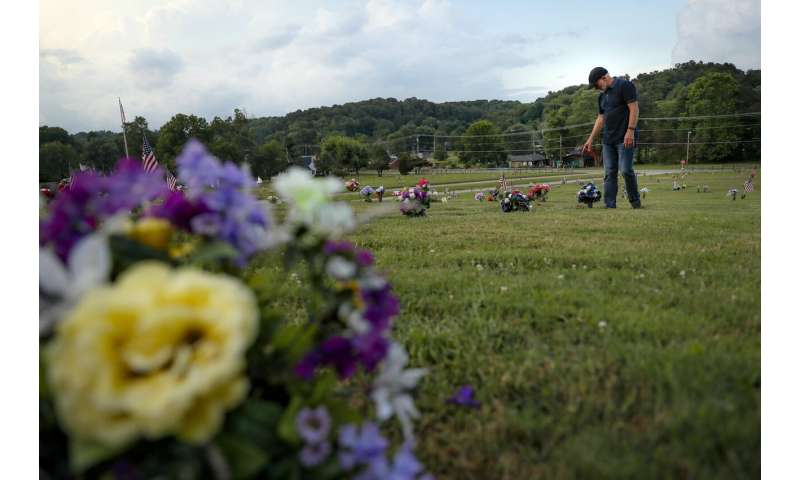 As the nation’s attorneys general debate a legal settlement with Purdue Pharma, the opioid epidemic associated with its blockbuster painkiller OxyContin rages on in state after state, community after community, killing tens of thousands of people each year with no end in sight.

In Pennsylvania’s York County, the coroner investigated eight suspected overdose deaths in a single week of August—four in 24 hours.

“This is a battle that’s not going to end easily, and it will be something we are fighting for a while,” Coroner Pam Gay said. “It’s going to take a while to see a significant decline.”

York resident Ed Bojarsky got an oxycodone prescription to manage pain from his kidney disease and became addicted, taking “an ungodly amount” of the powerful drug as his illness progressed, his stepmother said.

“You don’t need all that medication,” Tina Bojarski would tell him. But he “didn’t want to hear it,” she said. “Because once you have it, you need it.”

And when he couldn’t get it, Tina Bojarski said, he turned to the streets. Last month, the 36-year-old died of a suspected overdose.

Purdue has entered a proposed settlement with about half the states and 2,000 local governments, but attorneys general in Pennsylvania and many other states have come out against the deal, calling it insufficient. They vowed to continue litigation against the company and the family that owns it. Days after reaching the tentative settlement that could be worth up to $12 billion over time, Purdue filed for bankruptcy in White Plains, New York late Sunday night. The chairman of the board of directors said in a statement that the company would work with the plaintiffs “to finalize and implement this agreement as quickly as possible,” but several states plan to object to settlement in bankruptcy court. 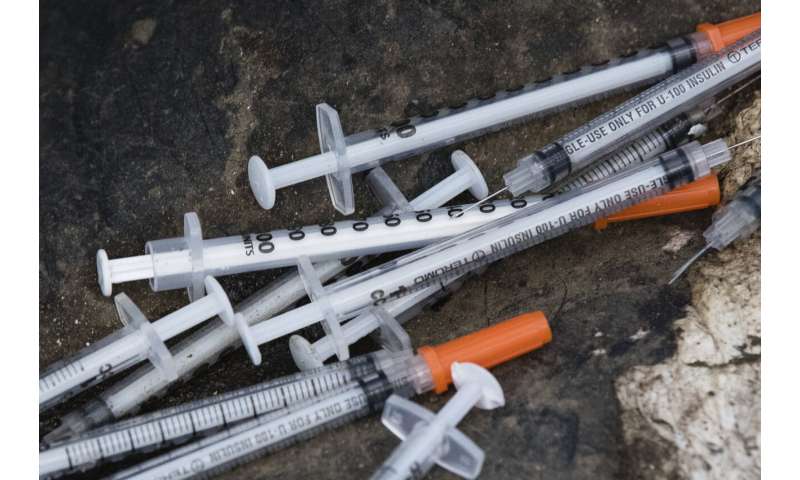 In the meantime, communities are struggling with the personal toll wrought by the crisis as well as a ballooning tab for drug treatment, social services and law enforcement. Since 1999, opioids have killed about 400,000 Americans. U.S. drug overdose deaths climbed year after year for decades, topping 70,000 in 2017 before falling slightly last year.

In Wilson, North Carolina, where Purdue has a manufacturing plant, Jonathan Cannon took opioids before moving on to heroin. He died of an overdose at 26. At Cannon’s 2015 funeral, his father, Mike Cannon, warned Jonathan’s friends—who were also using—to go to rehab or risk meeting the same fate.

One of them did wind up in rehab, and she continues battling addiction, said her mother, Elizabeth Fenner. 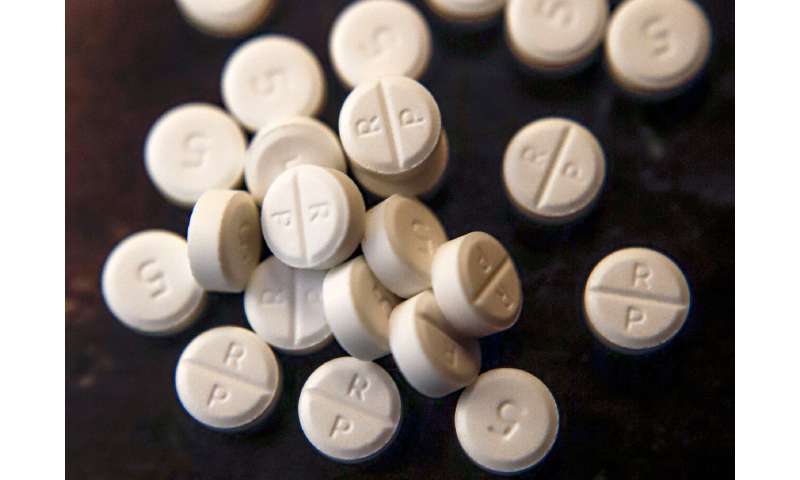 Fenner said her 31-year-old daughter, Ashley, became addicted to Percocet so quickly after taking it at a party that she began shooting heroin within a month. Ashley has been in recovery for three years, but Fenner remains wary of the “manipulator” who once stole her valuables to support her habit.

“That’s just who she is,” said Fenner, who had known Mike Cannon since high school. “I really accept that she has the addiction, and I accept that it’s a disease. But I’m trying to work on the anger that comes out of this. I just don’t understand parts of it and I never, ever, ever will because I haven’t been there.”

After their son’s death, Cannon and his wife launched a nonprofit group aimed at helping addicted people, but he said Purdue has never stepped up.

“Where I really struggle more than anything is they realize they’re a major contributor to the problem, but they’re not rolling up their shirt sleeves and saying, ‘Hey, let me get in here and help,'” Cannon said. 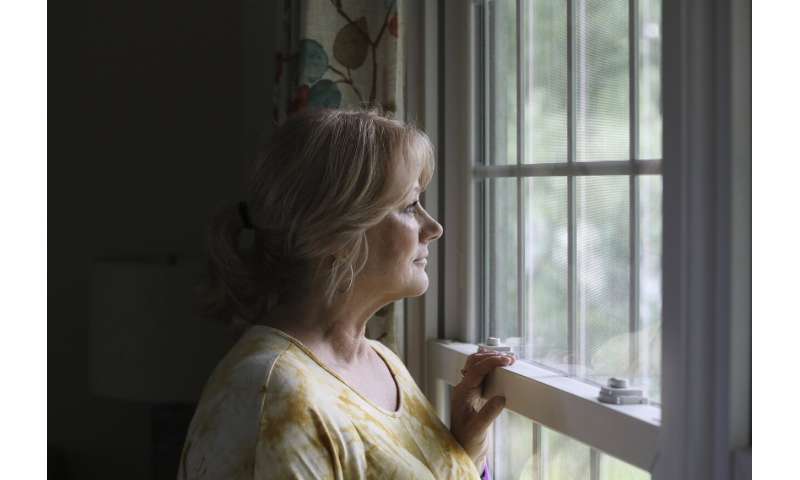 In the wake of at least 16 fatal overdoses, Elk Grove Village, a community of 32,000 outside Chicago, launched a program in which addicted people can ask police officers and other municipal workers for help without fear of arrest, even if they have illegal drugs or paraphernalia. Drug treatment is offered regardless of ability to pay, and local employers commit to hiring graduates of the program.

Mayor Craig Johnson, who helped create the program, said 32 people have taken part, and 21 are “still clean and sober.”

One of the success stories is Tom, a 54-year-old who owned a construction company before breaking his hip and leg in a fall and becoming addicted to painkillers. He eventually lost his company and his house. 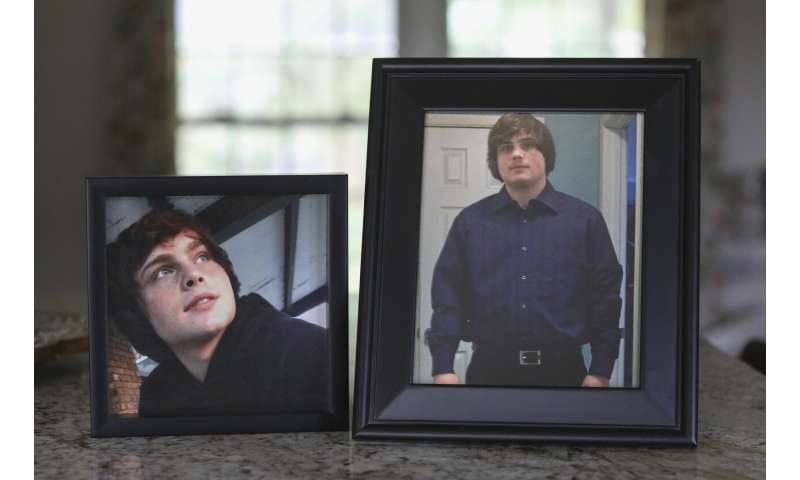 “All you do is spend your days looking for meds off the street because you don’t want to detox. It was horrifying,” said Tom, who has since completed Elk Grove Village’s recovery program and landed work with a catering company. He did not want his last name used because he’s now seeking a job in the medical field.

Gay said nearly all of the overdose deaths in York County this year involved heroin and fentanyl, a synthetic opioid that’s 50 to 100 times more powerful than morphine. In almost every case, the overdose victim started with prescription painkillers like OxyContin, she said.

“You can see from their medical records how they were on prescription drugs for chronic sports injuries, pain,” she said. “Which is why so many counties are going after Big Pharma.”

In Virginia, Scott Zebrowski became addicted to opioids after being prescribed OxyContin for a back injury. 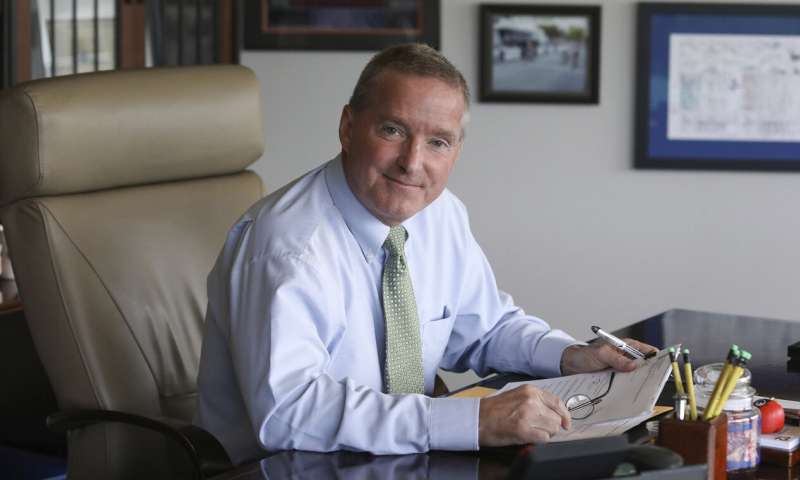 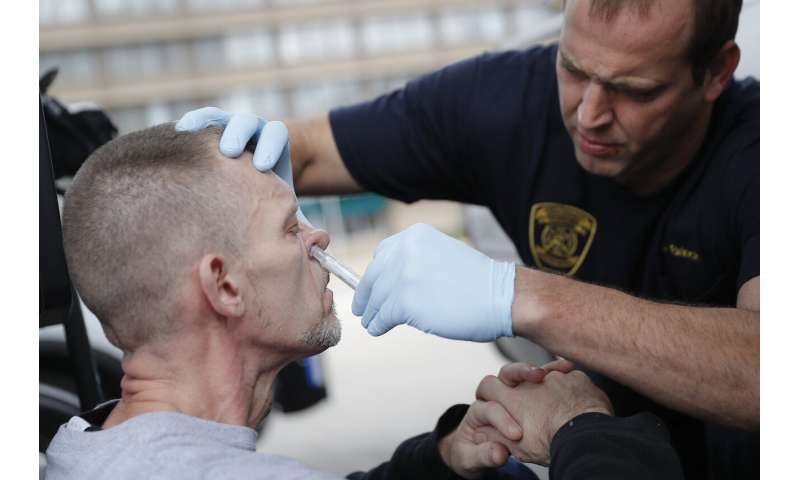 On Feb. 28, 2017, Zebrowski, who was young, fit and managed a gym, took a pain pill a friend had given him. He didn’t know it was laced with fentanyl. Zebrowski dropped dead in the parking lot of a Starbucks.