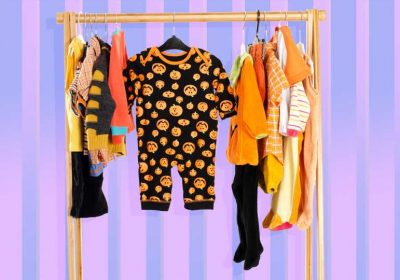 Halloween literally freaks me out. Every. Single. Year. My kids have great expectations surrounding the day (not a holiday in my book, BTW) which — as a mom who kind of despises the occasion — can be daunting. Over the years, my kids have scoured costume catalogs teeming with astronomically priced accessories, and we’ve even succumbed to a few trends. Once, I splurged on an Elsa wig which, after the first ten steps of the Halloween parade at school, my daughter deemed hot and itchy before promptly tossing it. (It’s currently up for grabs if anyone fancies it in anticipation of Frozen 2 being released next month.) Rather than lose my head over the predictable challenge of culling costumes each fall, I have a new go-to mantra when preparing for the ghastly arrival of Halloween: Use what you’ve got, and don’t sweat the rest.

This approach to DIY Halloween costumes is a win for anyone keen on avoiding the tricks leading up to October 31 in favor of reaping the treats. As to the cardinal rule? Employ fresh eyes to look at what you’ve already got lying around.

Go ahead and scour the dress-up trunk! A pair of surgical scrubs — coupled with a plastic stethoscope and a handmade name tag — and voila! You’ve got a tiny doctor or nurse on your hands. Got a superhero cape and/or mask floating around? Help your child imagine a new character and emblazon the cape with the corresponding letter or symbol using paper-cutouts or duct tape. (TIP: using your child’s first name is a great place to start! Think Super Sam or Sensational Sarah.) You might even score a bit of connection thinking up silly adjectives to describe each other (and yes, I did dress up as Super Mom one year).

We’ve gotten tons of mileage out of old ballet clothing! Either current, or hand-me-down, activity-specific clothing can be combined in myriad ways for dressing up. One year, I had a five-year-old who wanted to be theTooth Fairy (you do know she dresses in old ballet costumes for work, right?) My daughter picked a color scheme — pink, in this case — and we layered tights, leotard, tutu, cardigan sweater, and crown. As to the piece de resistance? An old wand, with a clip-art tooth printed, laminated and stuck to the end with Scotch tape. Same goes for sports uniforms: my 13-year-old donned a favorite hockey jersey (Jack Eichel of the Buffalo Sabres) and pilfered my 1980s era eyeshadow to craft a bruiser of a black eye (that was surprisingly realistic). Recycle old sports uniforms — think soccer, baseball, basketball, you name it — and quickly personalize your child’s jersey with a favorite player’s name and/or number using fabric/electrical/duct tape. 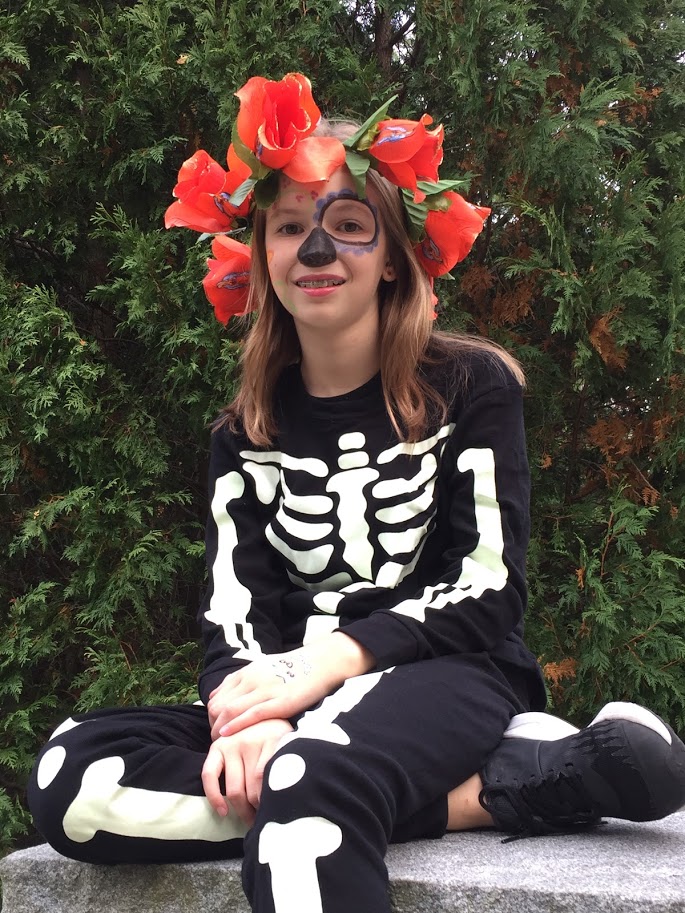 Who doesn’t love pajamas? Especially if you’ve got a kiddo with sensory integration issues, costumes can be itchy and downright infuriating. Look no further than a pair of favorite pjs. Last year, my 12-year-old was studying Dia de los Muertos in Spanish class; then she remembered an old pair of black pajamas with glow-in-the-dark skeleton bones on them. This outfit, coupled with a bit of face-paint and a handful of dollar store flowers twisted into a crown, left her poised to enjoy hours of fun trick-or-treating with her friends sans irritation. Red-and-white striped pajamas can be recycled for Where’s Waldo?, black-and-white stripes can do double-duty as an inmate. Same goes for any other duds in which your kid enjoys spending time. Got an equestrian? Dress up as a jockey. A budding martial artist? Like magic, give them a black belt.

How is this for a box costume!? The Swan Princess ? beautifully created by the incredibly talented @mer_mag – perfect to whip up this weekend if you have book week next week! Just like our own Swan Princess print! I’m trying to convince my little one to do this because I’ve been dying to make it for so long, but she’s adamant she is going to be a pirate. ?‍☠️ Click link in bio to be taken to the instructions. ⠀ ⠀ #bedheadhats #welovebedheadhats #sunsafe #kidshats #babyhats #girlshat #boyshat #unisexhat #slipslopslap #upf50 #hats #sunhats #sunhat #kidsfashion #springfashion #springhats #springprints #outdoorkids #naturekids #wildexplorersclub #getoutside #swanprincess #diycostume #boxcostume #bookweek #swan

Creative kids will love the challenge of making their own costume out of a box! And it will occupy them — for hours. I got the clever idea one year, when I was pregnant, to fashion a replica gas range out of a giant cardboard box and transformed my swollen self into a “bun in the oven” for the night. Hands down my favorite Halloween!) My oldest daughter made a Ms. Pacman sandwich-board style costume out of cardboard and paint one year, which she accented with a pink bow for her hair; several years before that, when Minecraft was wildly popular, she hand-painted a giant box with tiny squares and became Steve. Cardboard is also great for making swords, shields, wands and other miscellaneous embellishments for myriad costumes.

Day 16: “Me? The next @foodnetwork Star? Well, I am always willing to rise to the occasion and take a *whisk*—it’s the *yeast* I can do.” ????‍? #thefords31daysofhalloween

Or, at the very least, let your kids. Grab an apron, white hat and wooden spoon from the kitchen to create an instant chef; hunt up an old tool belt, sling a hammer through one of the loops, and tuck a pencil behind your child’s ear, and you’ve built a carpenter; the sky’s the limit here. Especially if you are willing to part with a few of your favorite (read replaceable) possessions for a few hours (think armfuls of bangle bracelets; multiple patterned, silk scarves; make up). Do you wear a uniform for work? Offer to let your child be you for a day (in exchange for a hefty fraction of their candy haul, of course).

So your daughter wants to be Harley Quinn and you’re not crazy about her ripping up her new black tights and painting her denim jacket? If all else fails, (thrift) shop around! A slew of options — from Goodwill Industries and local thrift shops to dollar stores and Target — can get your creative juices flowing. Not to mention investing in items that cost a couple bucks — rather than wrecking perfectly good clothes — is priceless. Go ahead and breathe a sigh of relief. This just might be the year you survive October unscathed by the cost and irritation that (literally!) comes with creating original costumes. Now that’s sweet.