These 'Game of Thrones' Baby Names Are All Fans Need 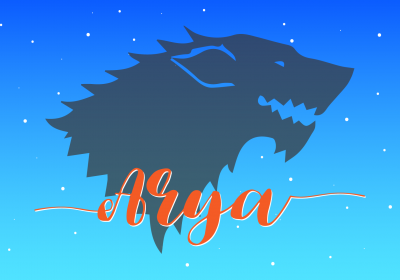 Are you a Game of Thrones fan? Are you also expecting a baby? Then what on earth are you waiting for? It’s high time you added these epic Game of Thrones baby names to your list of potentials.

Yes, Game of Thrones is genius and amazing — but let’s be real, the show is all kinds of weird, and GoT season 8 is no exception. However, oddly enough, not all the names are. They range from the beautiful (“Sansa” gorgeously rolls of the tongue), to the almost mundane (Jon Snow is an epic guy, but “Jon”? Kinda normal), and the totally unique. I mean, GoT season 8 might not be quite as exciting as having a baby — but it’s pretty darn close. So get ready to bring the best of both worlds together with the list of names below.

Based on the fantasy novel series A Song of Ice and Fire, written by American author George R. R. Martin, the TV show features complex story lines, in-depth characterization and compelling themes that run the gamut from inner corruption to religion to the allure of power.

The characters in the TV show have really beautiful and often unique names — many names that you probably hadn’t heard before. We’ve gathered the best names from among the main characters as well as the supporting cast that make up the world of Game of Thrones. We’ve also included a brief bit of info about them — but we’ve tried to not spring any spoilers.

Game of Thrones names for girls

Next Up: Game of Thrones names for boys

A version of this story was originally published in 2013.