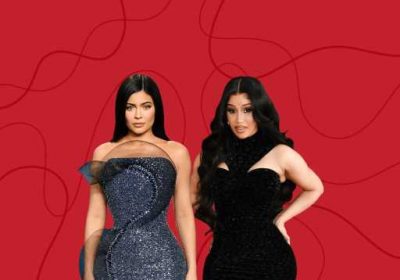 Is it any surprise that many celebrity parents love to lavish their children with the best gifts and experiences that money has to offer?

We’re talking about Cardi B and Offset, who gave their daughter Kulture a Birkin handbag — estimated to cost $8,000 — on her second birthday, Beyoncé and Jay-Z who reportedly blessed their daughter Blue Ivy with baby gear that is worth hundreds of thousands of dollars, and Tyrese Gibson who bought his daughter Kayla an entire island when she was eight years old — yes, you read that correctly.

The research on children’s gifts is pretty varied — a 2020 study conducted by the University of Illinois Chicago found that younger kids are happier when they receive presents that are material rather than experiential, largely due to their young brains not entirely comprehending the value of experiences like vacations or theme parks. However, over time, their preferences evolve. “As children age, the happiness they derive from experiences increases, to the point that older adolescents derive more happiness from experiences than from material goods, consistent with adult findings,” read the study.

That said, all parents can raise their children and spend their hard-earned money in any way they see fit. Some parents, like DJ Khaled, are open about their extravagant gifts, even in the face of online parenting police, while others don’t publicize their offerings, although the rumor mill churns.

Ahead, check out the celebrity parents that take gift giving pretty seriously and the lucky children on the receiving end of their generosity.