Home » Kids Health » Sorry, Parents: There Are Harmful Long-Term Effects When You Lie to Your Kids

Sorry, Parents: There Are Harmful Long-Term Effects When You Lie to Your Kids 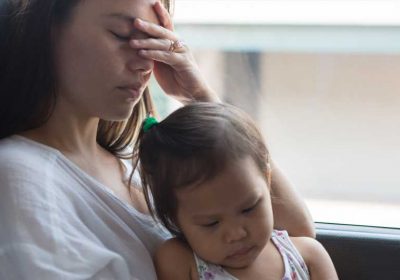 There will come a time in every parent’s life when they will tell their kids a white lie. When you were dropped off at preschool, you might even remember your mom telling you that she would “be right back.” These coverups may have helped us adjust to the world early on. But what if those lies were to elicit compliant behavior—like threatening to call the police if you didn’t behave? A new psychology study led by the Anyang Technological University and published in the Journal of Experimental Child Psychology shows how these lies leave children with harmful effects when they become an adult.

“Parenting by lying can seem to save time especially when the real reasons behind why parents want children to do something is complicated to explain. When parents tell children that ‘honesty is the best policy’, but display dishonesty by lying, such behavior can send conflicting messages to their children. Parents’ dishonesty may eventually erode trust and promote dishonesty in children,” Assistant Professor Setoh Peipei from NTU Singapore’s School of Social Sciences explained.

It goes without saying, but there are other ways to elicit good behavior in children without lying. Peipei suggests that parents should acknowledge their children’s feelings, give information so children should know what to expect, offer choices and problem-solve together. The researchers’ goal is to come up with future research that shows parents what kind of lies to avoid and explore other informants like the parents themselves to report on the same experiences their children had with lying. The next time you assert authority by telling your kid that you’ll throw them in the ocean or “leave them here” if they misbehave, you may want to remember how this will affect them once they’re no longer under your roof!