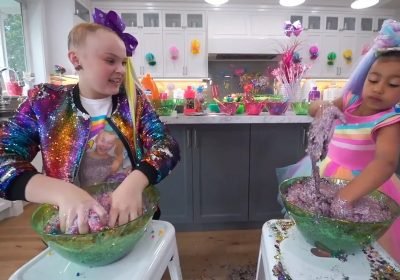 North West is a natural-born performer! Kim Kardashian and Kanye West’s 5-year-old daughter is cute as can be in YouTube sensation Jojo Siwa’s latest video released on Sunday, March 31. 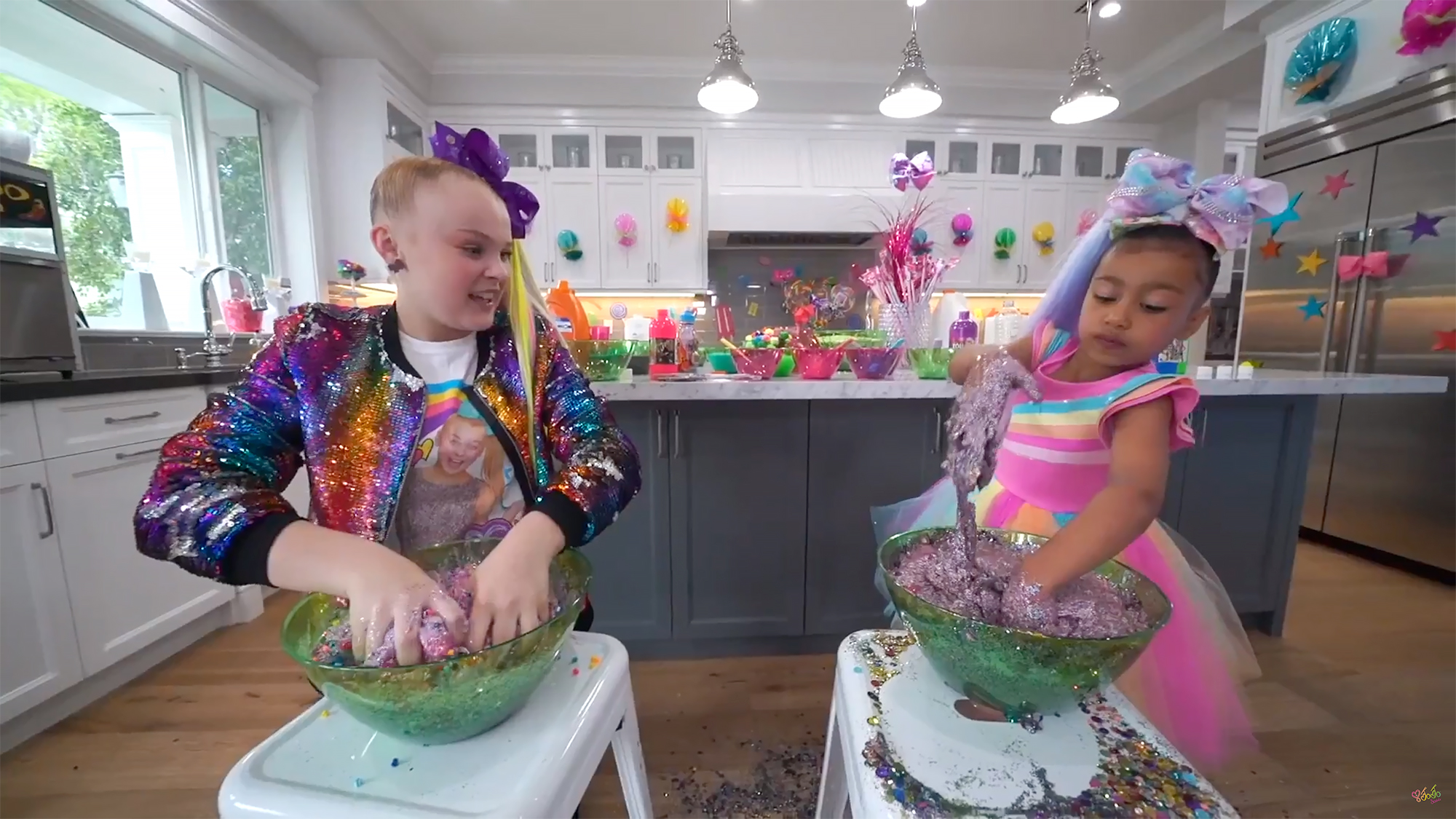 The eldest of Kardashian and Kanye’s three kids appeared in a nearly seven-minute-long video titled “BABYSITTING NORTH WEST!!!” where she seemingly had the time of her life making memories with the 15-year-old Dance Moms star.

North hilariously blurted out her mom’s phone password when the KKW Beauty founder, 38, told her to call her if there were any issues as she dropped her off for a day of fun with Siwa, and that was just the beginning of her funny antics. The duo did everything from make glitter slime, to dance around the Siwa house.

North did not miss the opportunity to check out Siwa’s extravagant hair bow collection, which the singer-dancer is known for. For their play date, North sported a rainbow-colored dress, silver high-top sneakers and fake purple hair. Siwa, for her part, rocked a colorful jacket, black jeans and a T-shirt with her face on it.

At one point, North showed off her amazing hide-and-seek skills, burrowing herself underneath a life-sized pillow of her babysitter. And her favorite part of the day? “Making a big mess!” North shrieked to her mom at pick-up time. Before the mother-daughter duo took off, Siwa had one more big surprise for North — tickets to her concert. “Thank you very much,” North politely told Siwa before she embraced her in a hug.

“I had so much fun getting to film with North and @kimkardashian,” Siwa wrote on Instagram on Sunday. “Seriously North is SO adorable and awesome, and Kim is one of the SWEETEST people ever!”

This isn’t North’s first time in the spotlight, however. Besides being featured on Keeping Up With the Kardashians, the little girl made her runway debut in September 2018 at the L.O.L. Surprise fashion show, with her very own momager watching from the front row.

“Kim was cheering North’s name as she walked,” an insider told Us Weekly at the time. “[She] even hopped out of her seat and ran over to North before she walked to give her some last-minute modeling tips!”

Kardashian and Kanye are also parents of son Saint, 3, and 14-month-old daughter Chicago. The couple — who wed in May 2014 — are currently awaiting the arrival of their fourth child, a boy, who is due via surrogate this spring.