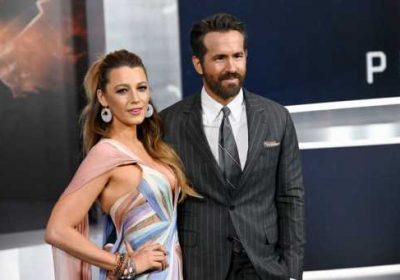 Brace yourselves: Ryan Reynolds had to explain to his kids why he’s been making out with other women on-screen. The star of The Adam Project opened up about those awkward conversations during a post-screening Q&A this week, when a young audience member asked him if the kiss between the actor and co-star Zoe Saldana was “real.”

“Whoa!” he responded to an uproar of laughter. “I guess it was kinda real. But how do I answer this? This is being broadcast everywhere, too. Um, I didn’t mean it?”

Turns out, Reynolds is no stranger to dodging that very uncomfortable question. The actor told the audience that he’s faced similar conversations with his children: James, 7, Inez, 5, and Betty, 2.

“This is the thing, I don’t know how to explain this to my own kids,” he said. “They watch this, and they’re like, ‘Daddy! What are you doing?’ Like, it’s exactly the tactic I’d use on them — not anger, but just disappointment.”

Thankfully, Reynolds might not have to answer any questions like that again … at least for a little while. The actor announced in 2021 that he’d be taking a break from acting to spend more time with his kids and wife Blake Lively.

“When I’m shooting a film, I’m oftentimes in Europe, I’m away, there are incredibly long hours, it’s a ton of constant, kind of requirement to be there the whole time—not just because I’m performing but I’m also generally producing and writing on my movies as well,” he told LinkedIn editor Jessi Hempel.  “They tend to chew and blow bubbles with every aspect of my life when I’m shooting a film. So allowing myself to step away right away, it’s sort of the perfect time.”

Reynolds added that he really enjoys being a “present dad.” He loves to take the kids to school in the morning and pick them up.

“I want my kids to have a pretty normal schedule,” he explained. “For many years when my wife Blake would shoot a film, I would not shoot a film and I would be with the kids and vice versa. So we would sort of trade off. We never really worked at the same time. But always we were away. So the kids were away too.”

While we’ll miss getting to see Reynolds on the big screen as frequently, we very much support some quality family time — and saying goodbye to any awkward conversations about kissing.

These celebrity moms revealed their pregnancies in some awesome ways.