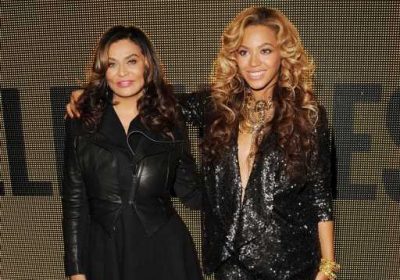 Beyoncé’s mama Tina Knowles just gave some rare insight to one of her grandkids, and we’re loving what we just learned. In a recent interview with Oprah Daily, the proud grandma gave fans a rare insight into Beyoncé’s children, specifically one of her twins Rumi and her budding love of fashion.

“It’s funny because Rumi loves fashion. She picks out her own clothes,” she said. “We recently went to Disneyland, and she put on her Mickey Mouse shorts. Then she wanted to put on a sparkly printed top, which had the same colors. It actually looked really cute.”

Knowles added, “But her sister came in, and Blue was like, ‘My mom would be mad because she’s doing too much.’ And Rumi said, ‘This is my style.’ She’s 5. I was impressed.” So headstrong, confident, and a fashionista? We’re totally seeing a future superstar in Rumi.

Beyoncé and her husband of 14 years Jay-Z have welcomed three children: a daughter named Blue Ivy, 10, and twins Rumi and Sir, 5. While the Beyhive knows quite a bit about their eldest daughter, the twins have a bit of a question mark surrounding them.

But now we know a little more about Rumi, including who Knowles believes she takes after. “She reminds me so much of Solange when she was little,” she said. “She wore outrageous stuff, but she has an amazing sense of style,” Knowles says. “So you let them do their own thing. You can’t say, ‘No, this doesn’t go with this or that.’”

Before you go, click here to see celebrities who fight hard to keep their partners and kids away from paparazzi.