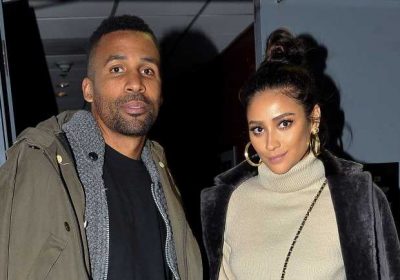 Sending congratulations! Shay Mitchell‘s famous friends are sending her all the love following news that she is pregnant with her first child. Mitchell, 32, made the announcement on Instagram on Friday, June 28, sharing a photo of her cradling her bare bump.

“Does this mean I’m allowed to drive in the car pool lane at all times now?” the actress captioned the black and while photo. She also shared a new video on her YouTube channel, titled, “Guess Who’s Preggers?”

In the video, she goes public for the first time with boyfriend Matte Babel as they prepare for their first baby. The two-minute clip shows Mitchell’s pregnancy photoshoot, as well as the actress’ journey over the past six months as she hid the news from the public. However, things are about to get much more public.

Beginning July 17, a video will drop every other Wednesday for a new YouTube series titled Almost Ready, which will “document the highs and lows of pregnancy. Real life, in real time,” the press release states. “Join Shay Mitchell as she eats for two, continues the endless hunt for non-alcoholic wine and lathers herself in every oil known to man on her journey to motherhood.”

In the release, the You star says the process is “exciting, difficult, emotional and amazing all at the same time, and I wanted to share my journey with more than just a photo.”

It didn’t take long for the word to spread about her news and her famous friends, including former Pretty Little Liars cast members, took to social media to send her love. Scroll through the gallery for reactions!