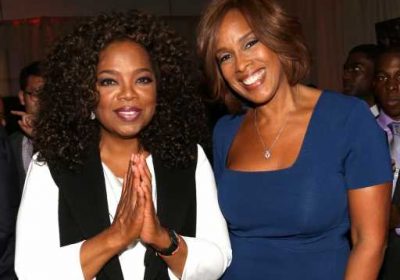 In a recent episode of The OG Chronicles (King and Winfrey’s joint video series), the besties go shopping for baby gear with pop star Perry and the trio hilariously debates the title King’s grandson Luca Lynn Miller should use.

“What is Daisy going to call your mom?” King asked Perry of her 13-month-old daughter Daisy Dove, whom she shares with Orlando Bloom. “Because I don’t want to be ‘Grandma’ or ‘Nana.’”

“Ok, so my Mom is called GiGi,” Perry replied.

“What I’m leaning towards is ‘Gaia,’” King said, to which Perry responded, “Well, I mean that’s everything. Gaia means a mother.”

However, King revealed that her BFF was not a fan.

“No, I didn’t mean it like that,” Perry said, laughing.

King then shared her other preference: Sunny “…Because I’m a sunny person,” she explained.

But Winfrey, who gifted Bumpus a BabyZen YOYO² stroller at her spa-themed baby shower, also didn’t like Sunny — and neither did Katy: “I think it sounds like a pet,” she said. In fact, Winfrey has a dog named Sunny. Point taken!

Our vote: G.G., which is short for Grandma Gayle.

Before you go, check out more baby gear: The cutest printed disposable diapers you can buy!