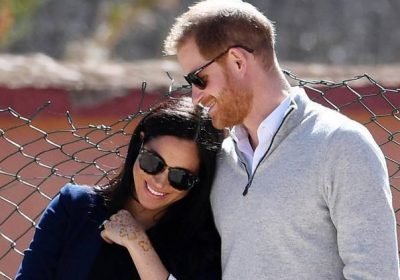 Meghan Markle-Prince Harry welcomed a baby boy. The royal couple's decision to not take photos at the hospital after the baby's birth marks yet another departure from the traditions of the British royal family, something that Prince William and Kate have till now followed during the birth of their three children.

Meghan Markle has given birth to a baby boy and the news was confirmed by Prince Harry himself.

Even with the world speculating, the royal couple’s decision to not take photos at the hospital after the baby’s birth marks yet another departure from the traditions of the British royal family, something that Prince William and Kate have till now followed during the birth of their three children.

We are pleased to announce that Their Royal Highnesses The Duke and Duchess of Sussex welcomed their firstborn child in the early morning on May 6th, 2019. Their Royal Highnesses’ son weighs 7lbs. 3oz. The Duchess and baby are both healthy and well, and the couple thank members of the public for their shared excitement and support during this very special time in their lives. More details will be shared in the forthcoming days.

Over the years, birthing and parenting traditions in the British royal household have witnessed significant changes, more importantly after Princess Diana. From taking children Harry and William on royal tours to publicly showing maternal affection, the princess overruled royal protocol time and again for her children. The late princess was determined to give her children a taste of normal life outside the royal palace. She was often reportedly seen taking her sons on secret days out on a bus or the tube that her younger son enjoyed very much.

Before Princess Diana, royal babies were mostly distanced from their parents and were looked after by governesses. In Bringing Them Up Royal, David Cohen writes about how Queen Victoria, who played more with dolls than humans, felt “bullied and unloved”. In the book Raising Royalty: 1000 Years of Royal Parenting, author and historian Carolyn Harris traces the tradition back to the time of Prince William and Prince Harry’s great-great-grandparents King George V and Queen Mary, whose youngest child Prince John died at 13 after a severe epileptic seizure. John, who had epilepsy and possibly autism, was unfortunately deprived of personal attention that any child would need at his age. “While Queen Mary noted in her diary that she would ‘miss the dear child very much indeed,’ the daily care of John…was entrusted almost completely to his governess, Charlotte Bill, and he lived in his own residence (the Wood Farm cottage) on the Sandringham Estate,” Harris was quoted as saying.

Similarly, Queen Elizabeth II and Prince Philip had to leave behind their child Charles and Anne, aged five and three respectively at that time, when they went on a Commonwealth tour in 1953. And when they returned, their son, who was expecting a hug, was reportedly only greeted by a handshake from the Queen, as was the royal protocol of meeting with other dignitaries.

Things took a turn when Prince Charles became a father. The Prince of Wales has been known to be a loving father, who spent time with his children. “There was extensive press coverage of him taking William and Harry on ski vacations and taking Harry to see the Spice Girls perform at a charity concert,” Harris was quoted as saying. Princess Diana, on the other hand, took her kids to McDonalds and Disneyland where they had to stand in line like everybody else, according to Harris’ book.

In Princess Diana’s popular BBC Panorama interview, she had said, “I take them (Prince Harry and William) round homelessness projects, I’ve taken William and Harry to people dying of Aids–albeit I told them it was cancer–I’ve taken the children to all sorts of areas where I’m not sure anyone of that age in this family has been before. And they have a knowledge–they may never use it, but the seed is there, and I hope it will grow because knowledge is power. I want them to have an understanding of people’s emotions, people’s insecurities, people’s distress, and people’s hopes and dreams.” She was also the first in the royal family to send her children to a public school.

Prince Charles and Princess Diana’s take on parenting, in a way, paved way for Prince WIlliam and Kate’s modern parenting approach. The Duke and Duchess of Cambridge’s children are often seen accompanying them on official visits, and they have not shied away from showing affection for their children. Prince William took son George to school on his first day, went on a trip to the zoo in Australia for their child and also organised parties for the kids. The royal couple is constantly adapting themselves to the evolving parenting requirements to ensure their kids’ healthy upbringing.

Prince Harry and Meghan Markle–who has often been compared to Princess Diana for her ability to debunk age-old royal traditions–will hopefully follow suit to ensure their boy is raised well.