Leah McSweeney: 'Of Course' I'd Support My Daughter Getting Plastic Surgery 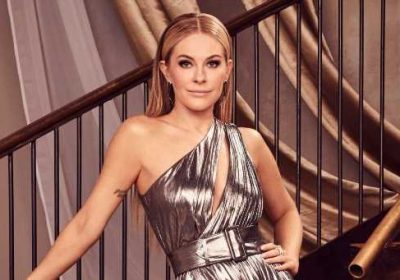 Nothing but love. Leah McSweeney revealed she would “of course” support her 12-year-old daughter, Kier, if she wanted to get plastic surgery someday.

Real Housewives’ Plastic Surgery: Before and After

“If it made sense and if it was going to improve the quality of her life for whatever reason,” McSweeney, 38, exclusively told Us Weekly. “I mean my daughter’s drop dead beautiful, but if there was something in the future that she wanted to do, I can’t even imagine what it would be, but it’s, like, case by case.”

The Real Housewives of New York City star, who calls her daughter Kiki, explained that the biggest question is “how do I protect my daughter?” in the current social media-focused world.

“It’s more about looking at these images on Instagram. It was about social media — that post that I did. We know that people, very famous people, put pictures of themselves on Instagram and that is not what they look like in real life,” she said. “It’s wild. And they also say that they’ve never had surgery. So young women think that some of this stuff is natural, like, they look like this, and they don’t, and that’s a problem.”

The Bravo personality, who announced last month that she underwent breast augmentation and a boob lift over the holidays, noted that she has never taken the decision to go under the knife lightly.

“It’s not that I’m an impulsive person and it’s not, like, I’d never thought about it before,” she told Us. “Even, like, last year, I was saying a lot, ‘Oh, I think it’s going to be time soon.’”

The designer revealed that she underwent surgery now after thinking about whether she would have any more children.

“It’s possible [I’d have more kids] but the chances are very, very slim. It was symbolic of me being like, ‘You know what? I’m probably not going to,’” she told Us. “I always said, ‘I’ll do them once I know for sure I’m not going to be breastfeeding again,’ because why would I if I’m going to be breastfeeding? And I think this was kind of symbolic in me making that decision where I really don’t think that’s in the stars for me.”

McSweeney, who shares Kiki with ex Rob Cristofaro, said she is “beyond” happy with the result and “can’t wait” to put on a bikini.

The reality star, who revealed in September 2020 that she had cosmetic surgery on her nose, is now “done” with the body changes.

Celebs Who Admitted They Got Plastic Surgery

“I’m done spending money on it. I’m done taking time off to heal,” she told Us in January. “I think these were the two things that I’ve always wanted, or the only things that I’ve ever thought about getting.”

Once she hits her 60s, however, McSweeney said things could change. “In the future when I’m 60 or 55, am I getting a face lift? Hell yeah! I have no qualms about any of that,” she added.

With reporting by Diana Cooper