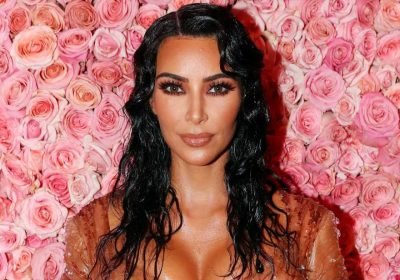 Kim Kardashian shared an update on baby no. 4 on Saturday, May 11, and said her new son already has a big fan club.

The Keeping Up With the Kardashians star, 38, shared photos from her CBD-themed baby shower on Twitter on Saturday and captioned the four pics, “We celebrated our baby boy about a week ago and now he’s here! He’s so perfect!”

“I was freaking out for nothing because he is the most calm and chill of all of my babies so far and everyone loves him so much,” she added.

As previously reported, Kardashian and her husband, Kanye West, welcomed their son via surrogate on Thursday, May 9.

The proud mom also revealed that her new arrival is “Chicago’s twin,” adding, “I’m sure he will change a lot but now he looks just like her.”

Like Chicago, the newest arrival was carried by a gestational surrogate after Kardashian suffered from placenta accreta with her first two children and her doctor told her it would be dangerous for her to get pregnant a third time.

The reality TV star admitted to Jimmy Fallon in February that she was a little nervous about expanding her brood.

“I was kind of stressing that my house is so full,” Kardashian said on The Tonight Show, “but I heard that parents of four are the most enlightened and calm of all parents.”

“I feel like four is going to be really even,” she added, explaining that she usually watches to of her kids while the rapper watches a third.

The couple have yet to announce their son’s name but the Selfish author admitted on Jimmy Kimmel Live! in April that she likes to take her time before deciding on a moniker.

“We all weigh in,” she said. “I definitely take a family survey, but it’s usually after the baby’s born and we’re trying to figure out what the baby looks like. I usually go about three or four days nameless until I feel that it really connects with me.”