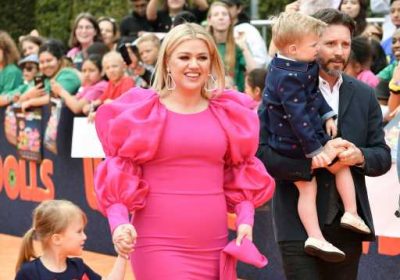 Relatively speaking, Kelly Clarkson has done a relatively good job of keeping quiet on the details of her split from Brandon Blackstock. Still, a few ugly details have leaked out via court documents and our interpretations of her occasional vague statements. The latest news is that Clarkson was awarded primary physical custody of their children, 6-year-old daughter Remy Rose and 4-year-old son Remington Alexander, back in October.

“The Court finds that under the circumstances present in this case, the interest in providing stability and continuity for the minor children weighs in favor of Petitioner having primary custody,” reads a court document, according to People.

While we knew things were tense between the exes, especially after Blackstock’s father sued Clarkson for $1.4 million she allegedly owes in management fees, and she countersued them right back. But we had no idea that their split was going so poorly that they can no longer work out a joint-custody agreement.

“[T]he level of conflict between the parents has increased,” the document states. “The parties have a difficult time co-parenting due to issues of trust between them.”

People reports that this means the children live with Clarkson in Los Angeles and have scheduled daily FaceTime calls with Blackstock, who is living and working in Montana. He can visit them at Clarkson’s home in L.A., and they apparently spent the Thanksgiving break with him. They’ll also be with their dad from December 19 through 2 p.m. on December 25, when it will be Clarkson’s turn to celebrate with the kids.

It can be jarring to see rules for the children’s time laid out like this, but it’s by no means how they’ll have to split their time forever. Earlier this fall, Clarkson said that she and her children have been working with therapists to get through it all.

These gorgeous photos show moms who love their postpartum bodies.