I'm Not Letting My Kids Drive at 16 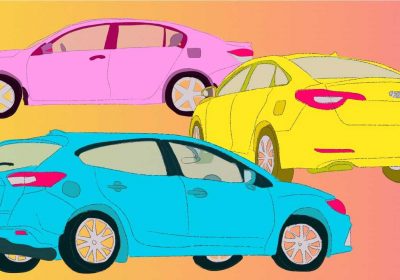 My daughter has a calendar where she manages her weekly schedule of practices, rehearsals, classes and school assignments. My son dutifully packs his bag for cross country the night before. They are growing up, taking responsibility for themselves.

The Washington Post published a piece recently that talks about teens seemingly taking longer to grow up these days. While I agree with that idea (who doesn’t know some young adult who’s still baffled by insurance or confused by laundry?), I disagree with a big part of the evidence given: That fewer kids driving at age 16 is a sign of slow maturing.

The idea that driving is a rite of passage is as dated as women being the “fairer” sex who can’t have their own bank account. Time to let it go. And time to look more critically at data before drawing conclusions.

These days, kids and parents alike have adjusted our expectations across the board. Kids today are highly connected, carrying their own phones that let them text friends — or mom and dad — at any time of the day or night. We don’t even expect them to “call home” anymore. They do their homework online, hand in papers via a doc-share software, and check assignments on their school app or website. They connect with each other on social apps and create curated portraits of their lives on Instagram.

Yet we still hold tight to the age-old tradition from our own adolescence: We view getting a learner’s permit as soon as you’re legally able — and a driver’s license soon after — as a sign of approaching adulthood.

Why is that? Today, public transportation is more available than ever; it’s more economical and environmentally friendly, too. Ride shares, for teens who use them safely, are a great option in many cities. Isn’t it a sign of the times that driving just…isn’t as essential to most teens as it once was?

I don’t think fewer teens driving means they are taking longer to grow up. In fact, I think it means that today’s parents and teens are taking notice of important financial and personal risks — and making informed choices about driving. And if teens don’t really want to drive, why force them? Sure, it can be convenient for parents who no longer have to cart kids around or arrange pickups — but convenient doesn’t mean better.

In fact, in the case of teens driving, it means more expensive (a study by The Zebra revealed that low-income teens are about 50% less likely to drive than wealthier kids) and more dangerous.

I live in Maine. When a person gets a learner’s permit, they have to be insured here. And, if a parent doesn’t add their child to their insurance on their own, the insurance company can add them without permission — it’s their right. I can also be penalized as the policyholder if I don’t let my insurance company know there’s another driver in the house.

According to the State of Maine Department of Professional and Financial Regulation: “Under Maine law, the definition of ‘driver’s license’ includes a permit or privilege to operate a vehicle. Therefore, your insurer may begin to rate your young driver as soon as he or she has obtained a permit.”

To have a learner’s permit.

Now, not every state requires permitted drivers to be insured (some allow them to be covered under their parent’s policy without additional charges, in fact). And not every family has the ability to chauffeur kids around, so getting a license and a car can open doors for some kids. For some, driving is still essential.

But for other families, like mine, driving is a choice. And it’s one we’re opting out of.

And while cost is definitely a factor in my parenting decision, it’s not the only factor. Safety is another big factor. Teenage drivers are notoriously bad drivers who aren’t alert enough, aren’t prepared enough and aren’t reliable enough.

The statistics are clear and staggering: Car crash-related injuries are the leading cause of death among 13-19-year-olds, according to data from the National Center for Injury Prevention and Control. Teenage drivers — those under the age of 20 — are disproportionately involved in accidents compared to other age groups. Though they only account for 5 percent of drivers, they are involved in 13 percent of all accidents — that’s close to 3 million accidents in a year.

In fact, according to the insurance provider Geico, 1 in 5 16-year-old drivers will be involved in an accident within the first year of driving.

Those aren’t just numbers on a screen. They are representative of my experience as a teen driver and that of other teen drivers I’ve known. I had accidents. My friends had accidents. My siblings did. All of us were new drivers — some didn’t even have a license yet. The statistics support what I already know: none of us were really ready to be behind the wheel of a car.

Driving at age 16 isn’t going to happen in my house. Probably not at age 17 either. By age 18, the risks begin to subside and that’s when I think they might get their permits and begin learning.

Right now, my son — who could legally get his permit next summer — agrees with my position. He’d like his license before he leaves for college — but it won’t be the end of the world if he doesn’t have it. My daughter is okay with it too, mostly.

Being legally allowed to do something, doesn’t mean you should do it. There’s so many other things to consider — affordability, safety, preparedness. In the case of driving, waiting is the mature decision.