I watched my son’s 8th grade football team rush the sideline in jubilation, having just secured their division championship for the second year in a row. He’s been playing sports with most of these same kids since we moved to our small town when he was in first grade. Through the years I’ve gotten to know them all, through birthday parties and sleepovers and school functions and sports. In their faces, I still see glimpses of the baby-cheeked 7-year-olds they were when we first came here. But that evening, as I do almost every time I see them play football, I reflected on how much older they’ve gotten, how much they’ve matured (though to be fair, they’re still 8th grade boys, so I use the term “mature” kinda loosely). Their gangly arms and spindly legs have been replaced by the curve of muscle. Some are as tall as grown men. 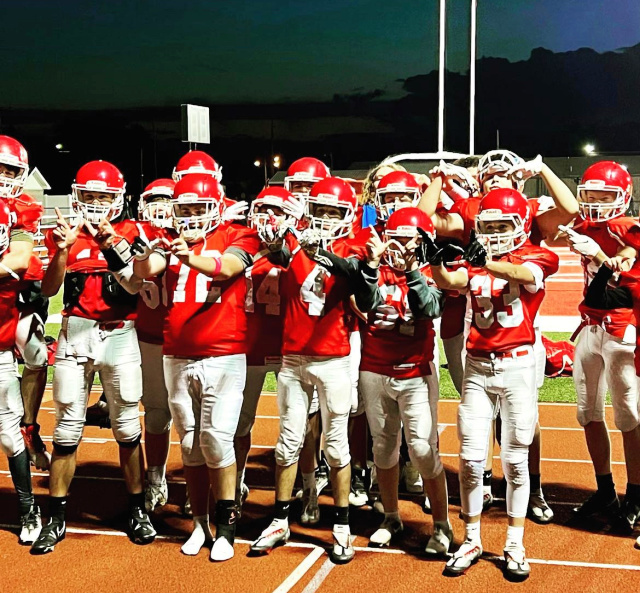 As I watched their excitement and thought about how much they’d changed over the years, I got the fleeting sense that I’ve been here before, during those times when I’d marvel at how fast my own kids were growing as they read their first words or lost their first tooth. They sneaked up on me then, those firsts (and the lasts, like the last time I’d ever feed a baby or give my kids a bath).

It wasn’t the firsts that brought me to this point; it was the slow realization of the lasts. They, too, happened when I wasn’t looking. On one hand, that gives me some comfort — it would have broken my heart to consciously know things like “this is the last time your child will ever ask you for a bedtime story” or “this is the last time you’ll ever rock him to sleep.” On the other hand, though, it’s a sobering thought because I’m able to see now, in hindsight, how quickly it happens. How emotionally unprepared I was. And how I only have a few more years left now to take the unsolicited suggestions of old ladies in Target and “enjoy every moment.” The days are long but the years are short, and all that.

I used to inwardly roll my eyes when I’d hear these not-so-helpful tidbits of advice while wrangling little kids. How could I possibly enjoy every moment when so many of those moments were filled with poopy diapers and irrational toddler meltdowns over things like cutting up a banana the wrong way? How can any mom enjoy the moments that are forcing you to give of yourself, endlessly, until it feels like you’re trying to pour from an empty cup?

But I understand now that I have three teens and a tween, now that I’m on the other side of those all-consuming years. And as much as it pains me to admit it … those old ladies were right. (Side note: Why does no one in Target ever give you solid advice on teenagers? That kind of guidance I could definitely appreciate.)

Now that I’m here, with the benefit of a little hindsight and a knowledge — learned the hard way — that it really does go fast, I try to savor these moments of motherhood a little more. But it isn’t lost on me that the reason I can savor them now is because I’m at a stage where I’m no longer drowning in needy children. (I mean, they may still be demanding, but at least their very survival is not dependent on my meeting their every need.) 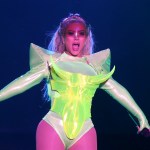 I’m not going to be that person who doles out advice to random moms at the store, because I know it won’t help anyway. I kick myself for not listening, but even if I had, it wouldn’t have done any good. I didn’t “enjoy every moment” when they were small because I couldn’t have cherished those moments in that way, at that time, and I have to forgive myself for all the times I simply couldn’t see past the daily drudgery. It’s just hard when they’re little.

Now that they’re older, though, I live in almost constant hyper-awareness that in the grand scheme of things, I have very few years left in an actively-mothering role. It truly is going to be gone in the blink of an eye, and I’m finally able to heed the warnings that barely registered so long ago … but it feels almost too late. And when I pause for a moment and allow that to sink in, I feel a pang of something I can’t quite identify. Is it nostalgia? Dread? Grief?

Ironically, my heart wants to hold onto every last shred of my kids’ childhood just at the time when I’m supposed to be getting comfortable with letting it go. I know it’s time for them to start gaining momentum toward the adult responsibilities they’ll soon be facing. And I want nothing more than to see them fly instead of flounder, not be held back by an excess of parental coddling that hasn’t prepared them for real life.

I know now that, just like their time in my arms, their moments left under my roof are fleeting too — and that there’s nothing I can do about it, no matter how emotional it makes my mama heart. So I take the time to watch them, really watch them, as they roar across the football field and take dates to dances and flex their muscles in front of the mirror when they think no one’s paying attention. It’s just that sometimes, I watch those moments through the tears of a mother who just needs time to slow down a smidge … so she can take the advice she ignored from the little old ladies so long ago, when it felt like she had all the time in the world.