Home » Kids Health » How to Be a Chill Mom, According to Science

How to Be a Chill Mom, According to Science 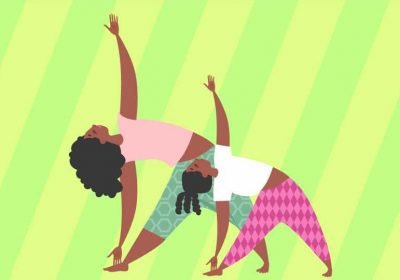 One of the most cliched parenting refrains is “kids don’t come with a handbook!” That’s true of course, but it hasn’t stopped hundreds upon hundreds of people from trying to write one, many of which contradict each other. Sleep training. Breastfeeding. Screen time. For every opinion, there’s an equal and opposite opinion, and it can be impossible to know which one is the opinion that will work for you and your family. It can also feel impossible to just chill out and be a mom.

Emily Oster, an economist and professor at Brown University, wants to help tackle this problem. Her new book Cribsheet,(out today) analyzes the available data on all those topics and more, in order to give parents the best information possible about parenting choices that will work best for them. (She did the same for pregnancy in 2013 with her first book, Expecting Better, which looked at the data about everything from having the occasional drink—probably OK!—to eating deli turkey, which the data agrees not to do.) “I see this as helping people to think about how to make their decisions,” Oster tells SheKnows. What’s more? The data Oster found—unlike Facebook groups filled with anxiety-inducing advice– actually should help moms and dads feel more relaxed about their choices. Here are some of her comforting findings:

Breastfeeding is not the end-all-be-all

Breastfeeding is emotional, challenging, and can be really rewarding for moms who try it. Oster doesn’t aim to take any of that away, but she does draw some conclusions that will hopefully help alleviate some of the insane pressure new nursing moms put on themselves when it’s not going well. “If breastfeeding doesn’t work or if it’s very hard, people really push themselves into a place where they’re very unhappy doing it and unhappy not doing it,” says Oster. What the evidence shows, though, is that “the benefits are more limited than what people say.” Oster’s dig into the data found that breast milk does aid in digestion and likely prevents ear infections in very young infants. (The biggest benefit, Oster says, is that breastfeeding protects moms against breast cancer later in life.) “But these longer term claims— reducing obesity and instances of allergies later, or increasing IQ— they just aren’t supported by the data,” she explains. “What I would like people to get from this is a more realistic, accurate sense of how important the decision about breastfeeding is. It has some benefits. It has some costs. And it isn’t the decision that is going to make or break your kid.”

If your sleep plan works for you, keep doing it

“If you sleep train, people will tell you that that’s a mistake. If you co-sleep, people will tell you that’s a mistake. Then they tell you that it’s a mistake to take your kid out of your bed. Unfortunately there’s no nonjudgmental path,” explains Oster. The research, however, is not judgemental at all: the data finds sleep training can help reduce maternal depression, and while co-sleeping does have some risk, the risks are relatively small if parents are very safe about it (do not drink and/or smoke and then co-sleep, people!). And while the American Academy of Pediatrics recommends babies sleep in their parents’ room until 6 months or 1 year to protect against SIDS, Oster’s review of the data found the benefits fizzle out around three or four months. If you like having baby in your room, keep going. If you don’t…. that’s OK too.

TV time is not the devil

Alright, this isn’t a free pass to watch TV all day with your little one, and the research did find that children under age 2 can’t learn anything from television. But kids age 3 to 5 can and do learn a lot from TV. (The AAP recommends no screen time for kids under 2.) Oster also learned that watching TV — even before age 2 — does not affect test scores later on. Note that this only applies to actual televisions: The data isn’t there yet on screen time from tablets and phones.

It doesn’t really matter when you potty train

“If you start earlier, you will finish earlier. But it takes longer to potty train a 2-year-old because they’re, you know, two,” says Oster. “If you wait until your kid’s 3-½, you can just explain to them, ‘look, I’m going to get you this toy that you really want if you use the potty’ and they get it.” Early toilet-training mastery isn’t indicative of intelligence or anything else. “It’s really about what is going to work for you,” she says.

It’s OK to feel confident in your parenting choices

Between the microscope of social media and the Internet’s tendency towards mommy-shaming, you might feel like you’re constantly doing the wrong thing because someone else is doing it differently. “I think that’s part of why these interactions are so fraught, part of you thinks well, actually, I don’t really know what I’m doing. Maybe this person is right,” Oster says. Looking at data doesn’t tell you what to do, but you can follow a path to figure out what to do once you know the costs and benefits, which Cribsheet lays out. “And then when someone’s like, ‘oh, why did you sleep train your baby?’ You can say, ‘well, that’s what we decided worked for our family.’ And then move on. And hopefully it won’t cause an existential crisis about how maybe you made a mistake. Because you know that you haven’t. You know that it’s the right choice for you.”