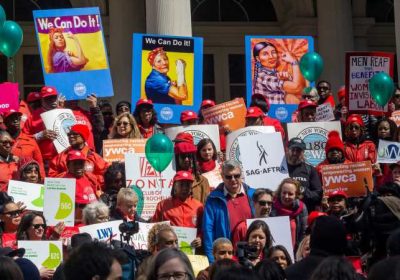 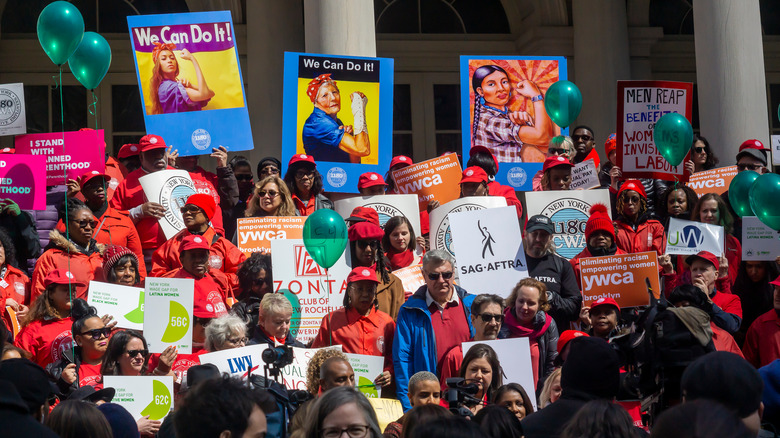 Around the world, women continue to make progress in the fight for equality, but the gender pay gap is one stubborn issue that still needs to be addressed and dismantled. Today, women in the U.S. workforce earn 82 cents for every dollar a man earns, as reported in the 2019 U.S. Census. A closer look at the data shows that those same numbers drastically decrease for marginalized groups, while the pay disparity grows larger.

When juxtaposed against their male counterparts, the intersectionality between age, race, and career plays a significant factor in how much money women take home. Per AAUW, Native women only earn 57% and Black women 63% in comparison to white, non-Hispanic men. During the coronavirus pandemic, reports the NY Times, a majority of the essential workers on the frontlines identified as female. So despite women’s crucial role in building a path toward recovery, the fact that their gender could impact their livelihood shows that radical changes need to happen. But the gender pay gap affects more than just their wallets.

How the gender pay gap continues to impact women 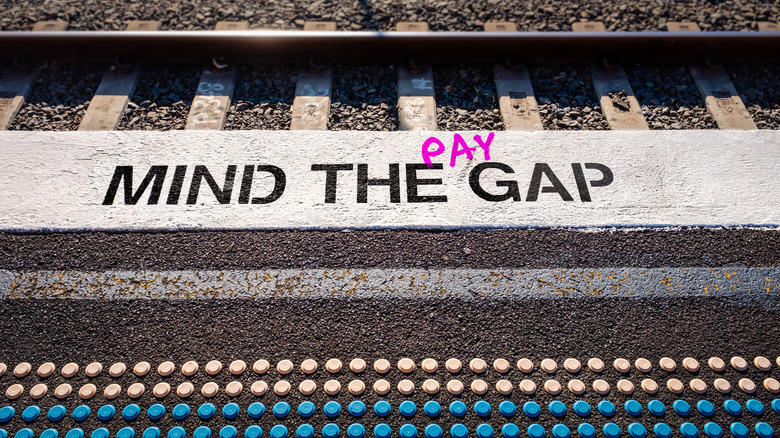 Beyond the loss of wages, the gender pay gap comes with a serious mental cost. Maureen Sayres Van Niel, psychiatrist and president of the American Psychiatric Association Women’s Caucus, outlined the negative impact unequal pay has on mental health to CNBC. “You’re often frustrated, and that gets internalized, and sometimes leads to people feeling more depressed or certainly anxious,” she explained. Knowing that the system is broken doesn’t take away the stress that comes with being paid less than you’re worth.

Another negative effect of the gender pay gap is that women often retire with less benefits and a smaller pension (via AAUW). It all boils down to this: Lower pay equals less contributions to retirement. The National Institute on Retirement Security reports that other factors, including getting a divorce or taking time off to raise or care for family, hurt women more than men.

Over the past few decades, women have made major strides in the workplace, but that doesn’t erase the fact that the gender pay gap presses on. To truly decrease, and eventually eliminate, the gap, people need to stop viewing this disparity as a “woman’s issue” and call it for what it is: a human rights issue.