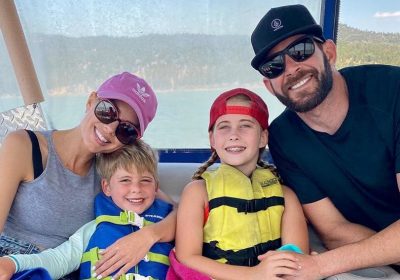 “I love being a bonus mom, future stepmama!!” the Selling Sunset star, 32, captioned a Saturday, August 29, Instagram photo with Taylor, 9, Brayden, 4, and their dad, 39. “Watching them grow up in front of my eyes. So loving and so curious about life.” 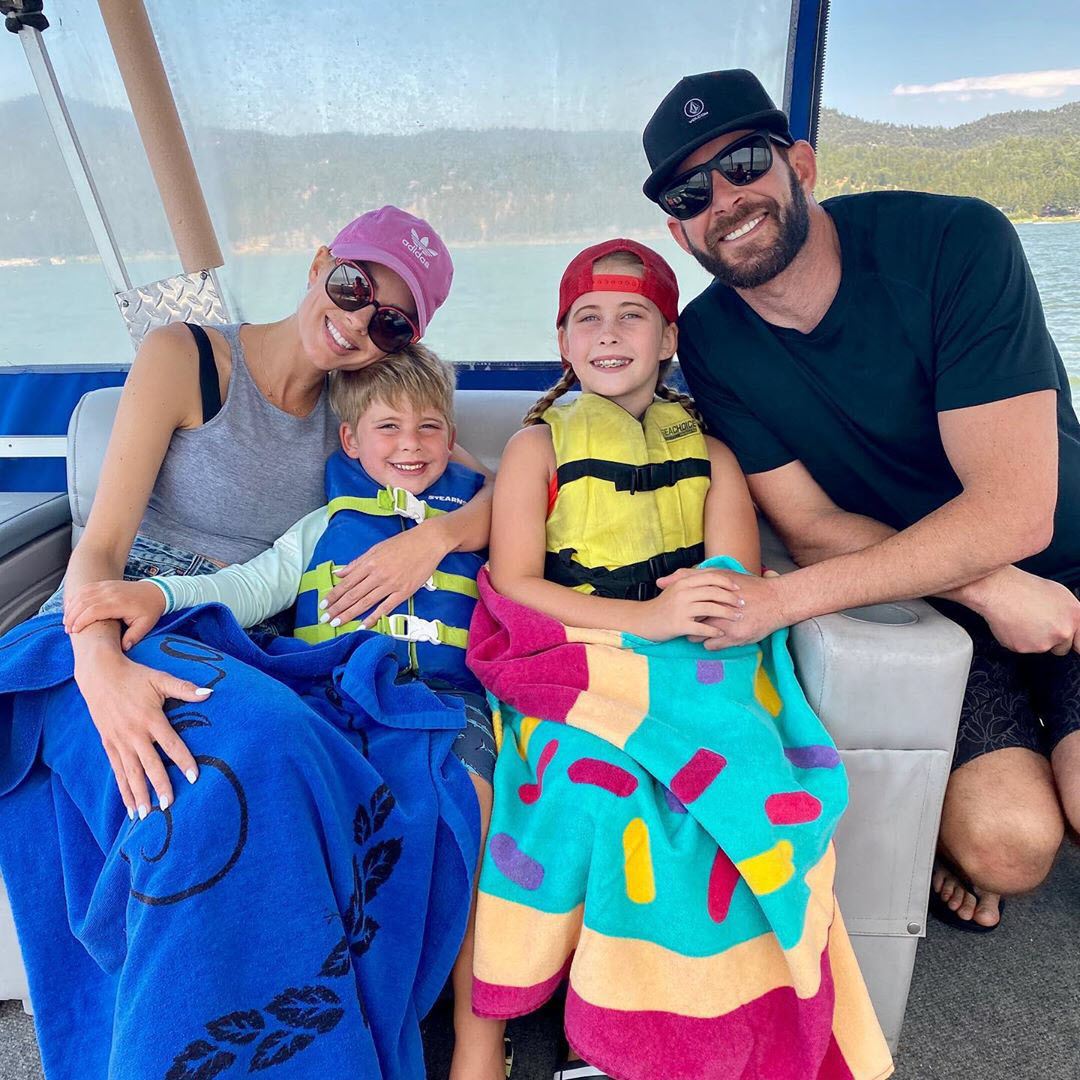 El Moussa proposed to the real estate agent last month while celebrating their first anniversary. “She said yes!” the Flip or Flop alum captioned a July Instagram photo at the time.

The HGTV personality was previously married to Anstead, 37, from 2009 to 2018. The Christina on the Coast star has since gone on to wed Ant Anstead, who also has two children from a previous marriage. The newlyweds welcomed their son, Hudson, now 11 months, in September 2019.

When it comes to coparenting Taylor and Brayden, Christina exclusively told Us Weekly in May 2019 that their dynamic works “really well” so far.

She explained at the time: “Tarek and I only live two blocks from each other. … As you can imagine, you’ve got school and soccer and stuff, so if we leave a pair of shoes or there’s a soccer ball, it’s so easy now to just, like, run over there and pick something up. It’s just a lot more simple. The kids’ schools are close and everything is, like, a five-minute drive.”

Christina added that the situation worked “much better” than when she previously lived 30 minutes from her ex. Her favorite place to spend time with their little ones is at the park or a pool, she told Us, noting that El Moussa “loves Chuck E. Cheese.”

The former couple even brought their new partners trick-or-treating five months later. “We had a great time,” El Moussa exclusively gushed to Us in November 2019. “The kids were so happy.”