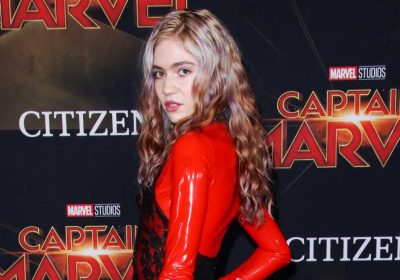 Bonding with her boy! Grimes welcomed her and Elon Musk’s son, X AE A-XII, in May and the little one is already being exposed to art.

“I’ve watched Apocalypse Now and stuff with my baby,” the singer, 32, said in a Wednesday, October 28, interview with The New York Times. “He’s into radical art. Like, he just actually is, and I don’t think it’s problematic to engage with them on that level.”

The Canadian star added that little ones “do have taste,” explaining, “They definitely like some things. They don’t like other things. They fully have opinions.”

In fact, the infant appeared to show his preferences when Grimes partnered with Endel to create an “A.I. lullaby” for “a better baby sleeping situation.”

The “Oblivion” singer said, “The first version, there was too many sort of sharp bells, and it caused tears and just general chaos. X would smile more and stuff [once changes were made].”

The visual artist noted that white noise machines are “creatively bad” for babies. “I don’t want your first introduction to the world to just be all this aimless crap,” she said. “I’m not insulting babies. I’m just, it’s all very one vibe. I just feel like getting out of the like, ‘Here’s a zebra and a bear in, like, pastel color tones’ energy. That’s just one very small sort of creative lens that things can be looked at through.”

After giving birth in May, Grimes revealed her son’s nickname, “Little X,” later that same month.

The songwriter also broke down the pronunciation of X AE A-XII in May, writing via Instagram: “It’s just X, like the letter X. Then A.I. Like how you said the letter A then I.”

Musk, 49, told Joe Rogan that Grimes “came up with the name,” explaining, “I mean it’s just X, the letter X. And then the AE is pronounced like ‘ash.’”

While X AE A-XII is their first child together, the engineer is also the father of twins Xavier and Griffin, 16, and triplets Damian, Kai and Saxon, 14, with his ex-wife Justine Musk.