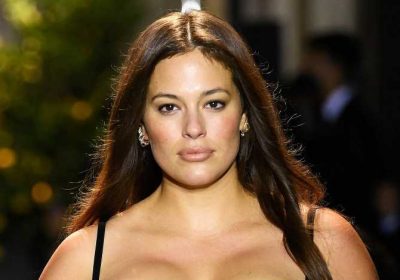 Bashed for breast-feeding. Ashley Graham opened up to Jada Pinkett Smith and Jessica Alba about being criticized for nursing her son, Isaac.

“It’s interesting because my whole career has been based around body-shaming because I’m a curvy girl who has come into a skinny world and said that my body, and other bodies like mine, need to be normalized,” the model, 32, said on the Tuesday, October 13, Red Table Talk episode. “I knew that it was coming and I was ready to combat it, but it never feels good to have someone tell you that you’re not doing a good enough job, that you’re doing something wrong. I can sit here and tell you that I just brush it off, but I don’t brush it off.”

Although the Nebraska native noted that her “whole career is based off of being sexy” and her “breasts have been the forefront of many magazine covers,” Graham was shamed for breast-feeding the 8-month-old. “I think that people just had to switch their minds [to realize my breasts] are multi-purposeful,” the A New Model author explained.

After the American Beauty Star host called the parenting police “just mean girls who grew up to be mothers,” Smith, 49, and Alba, 39, chimed in with their own experiences.

“I’ve had to do a lot of therapy,” the L.A.’s Finest star, who is the mother of Honor, 12, Haven, 9, and Hayes, 2, said on Tuesday. “Certainly now that I’m almost 40, I’ve come to this place where I realize that most people who have something to say, it’s because they’re so insecure and it’s more of them being ashamed of themselves, being overly critical. For whatever reason, the natural reaction is to pull other people apart for them to feel justified or them to feel OK.”

As for Smith, the Girls Hold Up This World author was slammed in 2012 when her and Will Smith’s daughter, Willow, shaved her head at age 12.

“There is nothing that anyone could say to me to tell me that it was wrong,” the Ali actress said. “Not one person, because I was there, I was looking at her. I saw her face. I knew the journey that she and I took together to get to that point. And so it didn’t really matter what anybody said.”