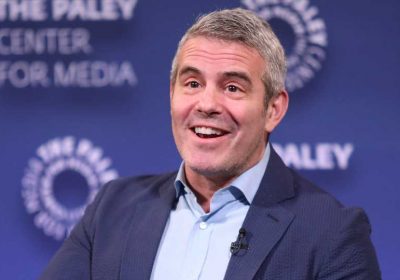 There’s a “Cutest Baby Alive,” and he’s not yours — sorry, all. The winner of People magazine’s coveted 2019 title is Benjamin Allen, the son of Bravo host Andy Cohen. (For the record? We think your baby should definitely have been in the running.)

Let’s back it up: John Legend was just revealed as People magazine’s successor to Idris Elba when it comes to the”Sexiest Man Alive.” Congrats to John (and his wife Chrissy Teigen, who tweeted that the Sexiest Man Alive just made her a ham sandwich). But the magazine also named Benjamin the “Cutest Baby Alive” in the same issue, and we’re definitely more intrigued by Baby Ben (sorry, John).

Now, hey, People, aren’t all babies the cutest babies alive? We sure think so. But we’ll admit that Cohen’s son, Benjamin Allen, is pretty damn cute. We’ll give him that. Look at that shmooshy face.

Cohen posted the honor on Instagram, captioning a pic of the magazine cover, “Ok, @people – if you say so!”

The nine-month-old has already been on the cover of People but the title of “Cutest Baby Alive” is a new and impressive honor for a tiny human who can’t even talk yet.

The Watch What Happens Live host said of life with his son, “Fatherhood is a new adventure every day, and watching Ben grow has been a total joy and eye-opening joy ride.”

Cohen spoke out in February about working with a surrogate to become a father.

“I worked with an incredible surrogate. She was in California,” Cohen told People. “Surrogacy is illegal in so many states, including New York. I don’t understand why. It’s a voluntary process, obviously.”

He continued, “[The surrogate] was giving me the ultimate gift. She gave me life. So I’ll be forever indebted to her.”

Benjamin was born on Feb. 4 and Cohen was present for the birth. Cohen told People, “I had been hoping that he would have a full head of hair, and he really over-delivered. That was the first thing you see, the head of hair coming out. And I was amazed.”

Benjamin’s life as the “Cutest Baby Alive” has already been packed full of coolness: visiting Dad on the set at the Bravo Clubhouse; checking out the Statue of Liberty; hanging out in the Hamptons; chilling with Dad’s buddies, including Kelly Ripa, Mark Consuelos, Sarah Jessica Parker, Jimmy Fallon, and Anderson Cooper. He’s also got a canine best friend, Cohen’s dog Wacha.

Sunday Funday! And #WWHL is back in 12 hours! (@therealwacha took this selfie)

Cohen said he sometimes feels overwhelmed as a father. Still, Cohen said it’s all worth it.

“It can feel overwhelming,” he said to People. “But when [Ben] looks back at me or laughs at something I say, everything feels right.”

#WWHL is back tonight! Til then, grab my nose! ?

And word is that Cohen is thinking about having a second child sometime soon — no doubt Baby No. 2 would be a contender for the title as well.