A science teacher explains: Rusting of the moon 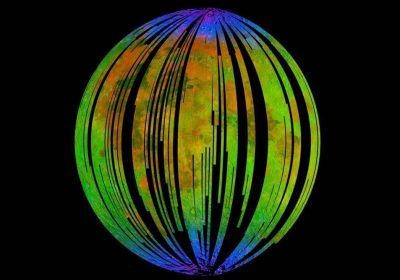 You read it right; our only natural satellite is rusting. 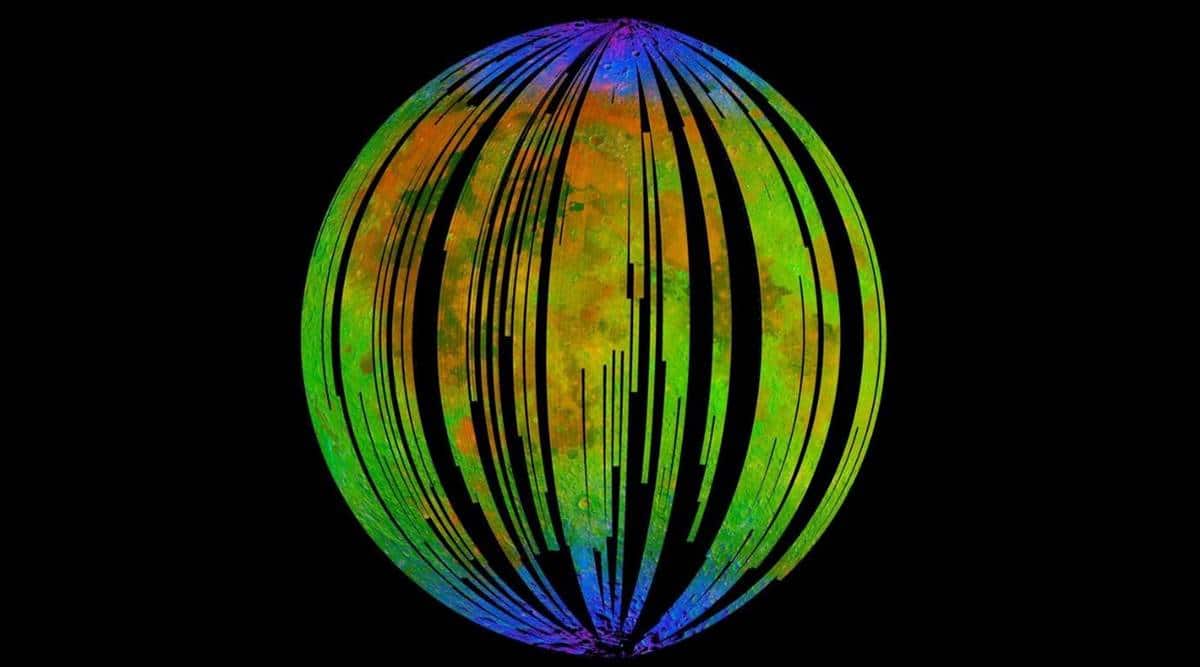 “Above the tip top of a mountain high, there hangs a beautiful Moon so white.” These are a couple of lines from a poem The White Moon by Xing Yi.

Will this fact about the moon being silvery white remain the same in the years to come? Can you imagine our moon appearing reddish? The fact is that the spectrum of light reflecting off surfaces at both poles of the moon indicate the presence of the mineral ‘Hematite’, in common language, Rust.

You read it right; our only natural satellite is rusting. The blue areas in a composite image from the Moon Mineralogy Mapper (M3) aboard the Indian Space Research Organization’s Chandrayaan-1 orbiter show water concentrated at the Moon’s poles. Homing in on the spectra of rocks there, researchers found signs of hematite, a form of rust.

The blue areas in a composite image from the Moon Mineralogy Mapper (M3) aboard the Indian Space Research Organization’s Chandrayaan-1 orbiter show water concentrated at the Moon’s poles. Homing in on the spectra of rocks there, researchers found signs of hematite, a form of rust.

What is rust? It is an oxide of iron formed when iron reacts with water in the presence of oxygen.

We know that Moon’s crust has an average composition by weight of 43 per cent oxygen, 20 per cent silicon, 19 per cent magnesium, 10 per cent iron, 3 per cent calcium, 3 per cent aluminium, and minute percentages of chromium, titanium and manganese. As found by Chandrayaan I orbiter and Nasa, there are traces of water found at the poles of the moon. But still, the necessary component for rust to form, oxygen, is not present on Moon as it is devoid of any atmosphere. Then how come there is rust being formed on Moon?

Another puzzling factor shared by Shuai Li from the University of Hawaii is that solar wind, a stream of charged particles that flows out from the Sun, bombarding Earth and the Moon with hydrogen makes it harder for rust to form.

So where is this oxygen required for rust to form coming from and how is the hydrogen from the solar wind being nullified? Believe it or not, oxygen is reaching the moon from our very own earth. But how?

In 2007, Japan’s Kaguya orbiter gave us the answer for this question and discovered that oxygen from Earth’s upper atmosphere can hitch a ride on Earth’s magnetic field trail, magnetotail, travelling the 385,00 kilometres to the moon. That discovery fits with data from Moon Mineralogy Mapper instrument, or M3, which found more hematite(rust) on the moon’s earth-facing near side than on its far side.

Besides ferrying oxygen to the moon from our home planet, the magnetotail also blocks over 99 per cent of the solar wind during certain periods of the moon’s orbit (specifically, whenever it’s in the full moon phase). That results in occasional periods during the lunar cycle when rust can form.

The third piece of the puzzle is about the presence of water. Water in the form of ice can be found in shadowed lunar craters on Moon’s dark side which always faces away from Earth. But the hematite was detected far from it. Li’s theory suggests that fast-moving dust particles that regularly shower on the moon could release these surface-borne water molecules, mixing them with iron in the lunar soil. The dust particles contain moisture which reacts with iron when placed onto the surface. During periods when Moon is shielded from the solar wind and oxygen is present, a rust-inducing chemical reaction could occur.

But more data is needed to determine exactly how the water and oxygen interact with the iron on Moon. More data is required even to explain another riddle: why smaller quantities of hematite are also forming on the far side of the Moon, where the Earth’s oxygen shouldn’t be able to reach.

We will have to wait for some more time to solve these mysteries of rusting Moon.