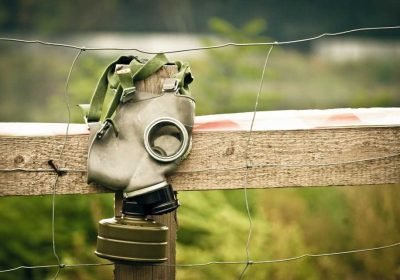 The World Health Organization on Tuesday urged a dramatic broadening of Ebola vaccination in the Democratic Republic of Congo, where the latest outbreak of the virus has killed more than 1,000 people.

More than 111,000 people have already received the protective jab, through a so-called ring vaccination approach aimed at immunising every person who has been in contact with the sick, and all of their contacts.

But this has not proved enough to stop the highly contagious virus from spreading in regions of DRC wracked with insecurity.

“The number of new cases continues to rise, in part due to repeated incidents of violence affecting the ability of response teams to immediately identify and create vaccination rings around all people at risk of contracting Ebola,” WHO said in a statement.

That vaccine, developed by Merck, remains unlicenced but has been widely shown to be safe and effective.

They suggest giving the vaccine not only to contacts and contacts of contacts, but also to entire neighbourhoods and villages where cases have been reported within the past 21 days.

“We know that vaccination is saving lives in this outbreak,” WHO chief Tedros Adhanom Ghebreyesus said in the statement.

“We also know that we still face challenges in making sure the contacts of every case receive the vaccine as soon as possible,” he added.

The WHO experts also suggested cutting the doses given of the vaccine, insisting lower doses were equally efficient.

They said contacts and contacts of contacts should get half of 1.0 millilitre-doses they have received until now, while those in the broader community could make do with 0.2 millilitres.

The central African country declared a 10th outbreak of Ebola in 40 years last August centred in the city of Beni in North Kivu province before the virus spread into the neighbouring Ituri region.

The current outbreak is the second deadliest on record, after an epidemic that killed more than 11,300 people in West Africa in 2014-2016.

Efforts to roll back the outbreak of the haemorrhagic fever have been hampered by fighting but also by resistance within communities to preventative measures, care facilities and safe burials.

WHO had initially voiced hope it would be able to contain the outbreak, thanks in part to its ring-vaccination strategy.

But in recent weeks senior WHO officials have conceded that insecurity, scarce financial resources and local politicians turning people against health workers had seriously undermined the containment effort.

The UN health agency stressed Tuesday that providing vaccination to the broader community could also enhance acceptance of the vaccine and other control measures.