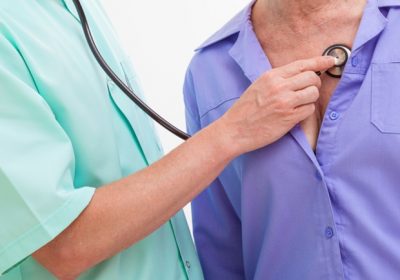 Tonsillitis often resolves within three to four days, with fever and other symptoms usually subsiding within a week. In some individuals however, the symptoms do not improve or may even worsen after this time. Some of the complications of tonsillitis include:

In some individuals, tonsillitis occurs repeatedly every time they develop an upper respiratory tract infection. This is called recurrent tonsillitis or chronic tonsillitis and can severely affect a person's daily activities. Recurrent illness can also affect growth and development.

Chronic or recurrent tonsillitis is usually diagnosed when a person has experienced one of the following:

Some people may develop an abscess several days after onset of tonsillitis symptoms. Also called quinsy, the abscess presents as a pus-filled sac that forms between the wall of the throat and the back of one of the tonsils.

The infection may also spread to areas around the tonsils, resulting in inflammation and infection of the surrounding structures. For example, bacteria present in the abscess may penetrate the nearby jugular vein, infecting the blood and giving rise to septicemia.

This condition is called Lemierre's syndrome and can be fatal if not treated quickly and appropriately.

Infection from the tonsils may also spread to the middle ear resulting in otitis media or middle ear infection.

The bacteria can also accumulate in the pits on the surface of the tonsils resulting in the formation of crypts, which produce yellow or white, foul smelling stones called tonsilloliths.

Recurrent tonsillitis causes the tonsils to enlarge leading to snoring, disturbed sleep and mouth breathing. This is called obstructive apnea.

Streptococcal infection of the tonsils may lead to complications such as rheumatic fever (affecting the heart valves and the joints) and glomerulonephritis (kidney infection).