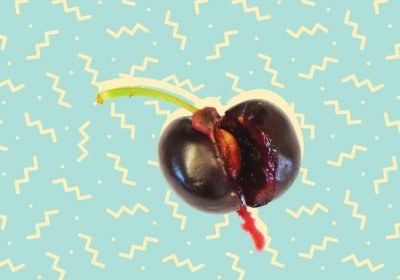 As summer approaches, more people are putting on their swimsuits and hitting the water. But a day of fun at the beach can quickly take a turn for the worse when you're whipping around on a boat or jet ski. Case in point: this woman who was left with a grapefruit-sized hematoma on her vulva after she was flung off her jet ski and landed on the handlebars (*winces*).

The case report, published in the British Medical Journal (BMJ), tells us the 25-year-old woman went to the emergency room right after the accident and was given pain medication and ice packs. But three days later, she had a hematoma so big (4.7 inches, to be exact) that she could barely walk. (A vulvar hematoma is a collection of blood pooled in the soft tissue of the vulva after injury or childbirth.)

“It was almost like having a grapefruit in between her legs,” Marashi Amir, MD, the woman's doctor and report co-author, told the Daily Mail. “It was a pretty large hematoma, really deep, and she couldn’t walk around.”

Some hematomas will heal with ice, rest, light compression, and elevation. But larger hematomas that don't begin to subside within a few days may need to be surgically drained, as was the case for this woman.

According to the BMJ, after doctors decided they had to drain the hematoma, the woman said she was concerned about scarring on the vulva. Fortunately, her doctors were able to make the incision internally by going through the vaginal wall.

The woman's pain went away immediately following surgery, and the intravaginal incision left her with no external scarring.

"Some people may think it’s vanity but, at the end of the day, if you can do it in a way where things look better, why wouldn't you?" Dr. Amir wrote.