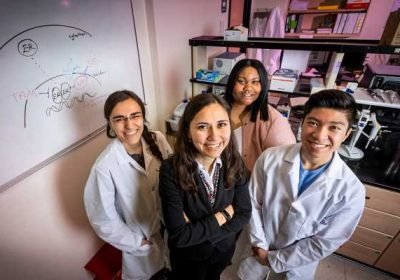 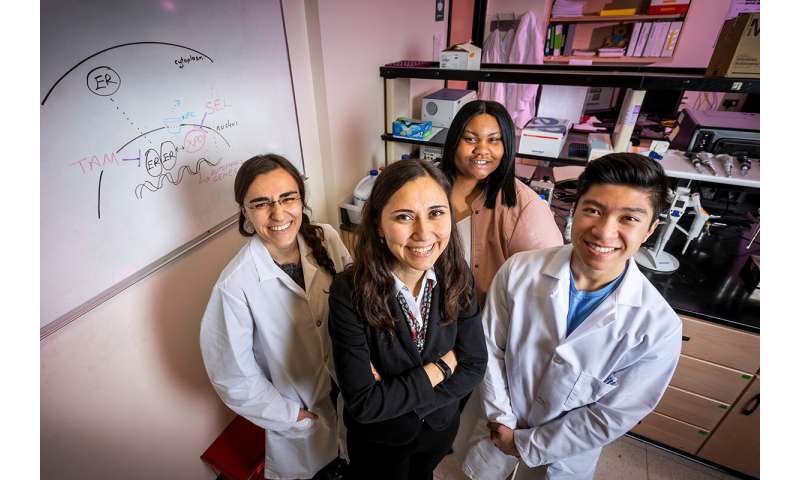 Treating breast tumors with two cancer drugs simultaneously may prevent endocrine resistance by attacking the disease along two separate gene pathways, scientists at the University of Illinois found in a new study.

The two drugs used in the study, selinexor and 4-OHT, caused the cancer cells to die and tumors to regress for prolonged periods, said food science and human nutrition professor Zeynep Madak-Erdogan, the principal investigator on the study.

The study, published recently in the journal Cancers, involved human breast cancer cells that were implanted in mice and analyses of the genes expressed by endocrine-resistant breast tumors.

While endocrine therapy currently is the most effective form of treatment for hormone-responsive breast cancer, some patients will either not respond or will develop resistance to the drugs over time. This condition, called endocrine resistance, causes metastases and is responsible for a majority of women’s deaths from hormone-responsive breast cancer.

Based upon the team’s prior research, the researchers hypothesized that two elements might work together to cause endocrine resistance – the hormone receptor ERa, which is responsive to estrogen and is expressed in 70 percent of all breast cancers, and the nuclear transport gene XPO1, which removes foreign materials from cells’ nuclei.

Combining the drugs selinexor, which prevents XPO1 anti-cancer proteins from functioning, and 4-OHT, which inhibits estrogen receptors from responding to the hormone, might be more effective than either drug alone, the researchers hypothesized.

In a 2016 study published in Molecular Endocrinology, Madak-Erdogan’s team found that women who expressed higher levels of XPO1 and a “signature” of other nuclear transport genes were more likely to be endocrine resistant.

In the current study, the team treated endocrine-resistant tumor cells with 4-OHT or selinexor alone, or with a combination of both drugs to determine how each of these treatment protocols affected the tumors’ survival and functioning. The drug combination was more effective at reducing the tumor cells’ viability than either drug was by itself, they found.

When they tested the three treatments on human breast tumor cells implanted in mice, they found that the combination of 4-OHT and selinexor caused the tumors to regress faster and more completely than either drug alone – effects that continued for several weeks after treatment ended, according to the study.

The drug combination appeared to promote sustained tumor regression by decreasing the activity of genes that were associated with endocrine resistance and metastasis. Among these were sets of genes regulated by the protein Akt that control cells’ survival, proliferation and migration.

However, in endocrine-resistant tumors, XPO1 helped the cells mutate by modulating Akt’s activity, “rewiring breast cancer cells’ metabolism to provide them with new survival or escape routes,” she said. “By decreasing the expression of certain genes, the 4-OHT and selinexor combination prevented tumor cells from activating these survival pathways, which were prominent when the tumors were treated with either drug alone.”

Pathologist Dr. Sunati Sahoo and medical oncologist Dr. Barbara Haley, both of the University of Texas Southwestern Medical Center, co-wrote the paper along with Hua Chang and Yosef Landesman, both of Karyopharm Therapeutics.