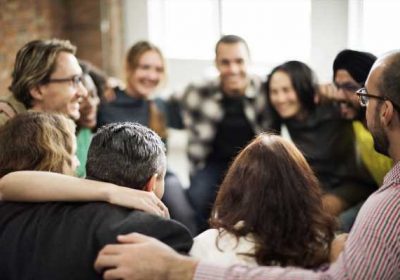 Symbolic interactionists have defined the process of constructing the self-concept by emphasizing the importance of individual structure relationships. Self-continuity is defined as a sense of continuity between one's past and present identities and has been linked to improved mental wellbeing. Studies show, for example, that self-evaluation temporal stability is connected to higher levels of positive impact and lower levels of depression. In contrast, emotions of dissociation, sadness, and even suicide have all been linked to a notion of self.

Nancy Chodorow gives a psychological examination of the creation of gender identity in the close social surroundings of the family in The Reproduction of Mothering (1999). Gender identity, according to Chodorow, is the result of a unique family arrangement in which women are solely responsible for child care. Children develop their gender identity by separating themselves from their primary caretakers, often their mothers.

Chodorow claims that individuals acquire diverse gender identities based on sex because their early social environments change and are perceived differently by male and female toddlers. Her research has been particularly significant in describing how patriarchal behaviors in Western societies affect individual identification processes.

Social identification theories have broadened the scope of study into transdisciplinary domains in recent years. Various social-scientific concepts and viewpoints, such as collective protest, political rhetoric, diversity, and system-justification beliefs, are progressively included as essential parts of social identification processes.

The social identity viewpoint has helped emphasize the significant implications that group identification may have on people's behavior and mental processes, whether in adults or children or adolescents. Researchers have shown that persons who are members of organizations with which we identify are more likely to help, like, and collaborate with them.

Importantly, the numerous advantages of belonging to a community also apply to mental health. Greater identification with the family, the workgroup, and the support group predict higher levels of psychological wellbeing and lower levels of self-reported psychiatric symptoms, according to research (particularly depression, anxiety, and stress).

Adolescent mental health problems increase the risk of mental illness in adulthood; this has prompted calls for adolescent treatment plans and preventative actions for potentially vulnerable individuals to be taken earlier in life.

One of the major concepts of social identity theory is that we all belong to several social groups, even if we don't necessarily identify with all of them. The possible health advantages of multiple group memberships have begun to be discussed in the social identification literature, but perhaps more crucially, the potential health benefits of identifying with numerous social groups simultaneously.

For example, Iyer et al. (2009) found that having multiple group identifications can be particularly beneficial for wellbeing in their study assessing wellbeing after joining university, because being a member of a group with which one feels a sense of belonging can provide individuals with knowledge and opportunities, which can provide material and psychological resources.

Danielle graduated with a 2:1 in Biological Sciences with Professional Training Year from Cardiff University. During her Professional Training Year, Danielle worked with registered charity the Frozen Ark Project, creating and promoting various forms of content within their brand guidelines.Danielle has a great appreciation and passion for science communication and enjoys reading non-fiction and fiction in her spare time. Her other interests include doing yoga, collecting vinyl, and visiting museums.