Home » Health Problems » She appeared to be a healthy athlete, but nobody had checked her heart

She appeared to be a healthy athlete, but nobody had checked her heart 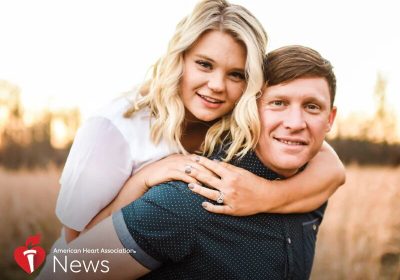 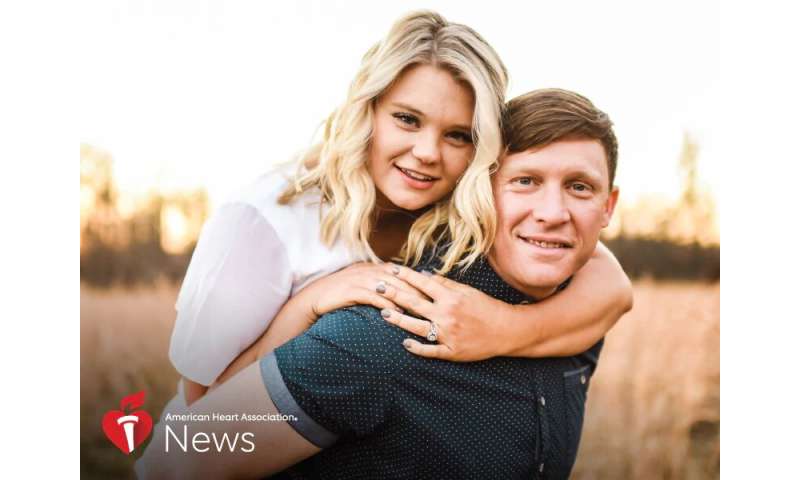 One of the first things Sarah Jane Stallings did when she and her husband, Bo, took over the CrossFit gym in her hometown of Russellville, Arkansas, earlier this year was to start a Fit over Fifty program.

Sarah Jane, who goes by SJ, is young and strong, but she can relate to what it feels like to exercise when age is not on one’s side.

“Even though I’m only 24, my heart functions like a 60- or 70-year-old woman,” said SJ, a fact she will share to help motivate people.

Bo uses his wife’s determination to encourage others, too. When people complain they can’t do something, he gives them the talk.

“Oh yeah you can. Don’t let anything limit you. My wife is doing it with a machine in her,” he tells them.

During her childhood, SJ was always active. She was a competitive cheerleader, swam for the junior Olympics team and found time for softball, track, soccer and volleyball. Her shelves were stocked with ribbons and trophies.

She got winded sooner than others, but her drive to compete kept her going. Sharp pains in her chest were chalked up to indigestion. Doctors said her wheezing was from sports-induced asthma.

In 2013, SJ started at the University of Arkansas on a softball scholarship as a team manager because of her health challenges. But even then, her body couldn’t keep up.

One autumn day during her freshman year, she felt particularly weak. She told her coach she thought she was coming down with something.

Take it easy and just go pick up balls, he told her.

While bending over to scoop up balls, SJ’s heart raced and she became dizzy. Then everything went dark. She woke up in the hospital. Tests revealed heart problems.

SJ was born with a deformed aortic valve; hers had two flaps instead of three. She also had sick sinus syndrome, an electric signaling problem that caused her heart rate to vacillate between too slow and too fast.

“With all the issues I’d had growing up, doctors never had my heart checked,” she said. “That blew my parents away. I went 18 years, undiagnosed.”

It explained why she was always tired. But the only explanation of what to do next was to keep her heart rate below 200 beats per minute.

Considering her resting heart rate was a high 120 to 150, it was quite limiting for someone so active. So she gave a strength and fitness regimen a try. With constant heart rate monitoring, SJ learned to exercise at a safe level. She felt better than she had in years, mentally and physically.

But by her senior year in college, SJ couldn’t fight the exhaustion.

One day during a class, she passed out and was taken to the hospital. She was having a stroke.

“Your body is in a state of emergency all the time,” an emergency room doctor told her. He convinced her doctor that she needed a pacemaker to control her heart rhythm. She received it in spring 2017, the same year she graduated with a bachelor’s degree in nutrition.

Within a day of getting the pacemaker, she felt energized. This is what 22 is supposed to feel like, she thought.

Since then, SJ has gone on to earn a master’s degree in nutrition and become a registered dietitian. She and Bo married this spring.

SJ has been told that at some point she will need not only a new pacemaker but likely an aortic valve replacement.

If anyone can stay motivated, it’s SJ, Bo said.

“She’s the definition of limitless,” he said. “She’s just go-go-go until there’s an issue, and then she comes to terms with it.”

SJ has been using her experiences to help CrossFit clients and others through her work as an American Heart Association Go Red for Women ambassador.