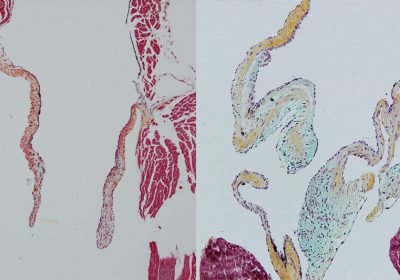 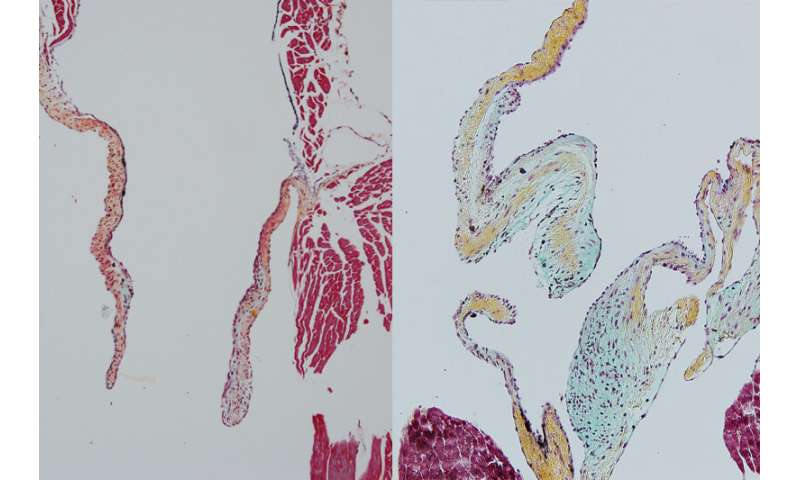 UCLA researchers have identified for the first time the origin of an immune cell that plays a critical role in the formation of healthy heart valves. The findings could pave the way for new treatments for heart valve disorders, which can be caused by congenital defects, aging or disease.

Their study, led by Dr. Atsushi “Austin” Nakano, a UCLA associate professor of molecular, cell and developmental biology and member of the Eli and Edythe Broad Center of Regenerative Medicine and Stem Cell Research at UCLA, was published in the journal Developmental Cell.

Building on previous research by Nakano, which showed that the embryonic heart tube produces blood progenitor cells, the new study found that those cells, in turn, generate specialized immune cells called macrophages. The research also revealed that these heart-derived macrophages are particularly adept at consuming excess tissue, a skill that makes them indispensable to the formation and maintenance of heart valves.

The human heart has four valves—tissue-paper thin membranes that constantly open and close to control blood flow through the heart. When the valves do not function properly, blood flow to the body is disrupted, which strains the heart and can lead to heart failure, stroke or sudden death.

“When valves are seriously damaged, they cannot be fixed; replacement surgery is the only option,” Nakano said. “Identifying cells that contribute to valve health could reveal targets for new, less-invasive therapies.”

Currently, doctors have two options for replacement valves: mechanical valves, which require lifelong use of blood-thinning medications; and biological valves, which are made from cow, pig or human heart tissue, and which usually need to be replaced every 10 to 15 years.

Because replacement valves often require replacements of their own—notably among children because they tend to outgrow their valve replacements multiple times before they reach adulthood—and because of the risks associated with any surgery that alters the heart, Nakano said new methods for treating valve disorders are urgently needed.

Answering that question was not a simple task, in part because the heart tube changes shape and begins beating within just days of its development. And with each heartbeat, blood and immune cells from all over the developing embryo flow into the heart and back out again, making it difficult to determine the origin of blood cells in the heart.

In the new study, which also used mice, the team eliminated the other blood and immune cells from the equation by removing a heart tube before it began pumping blood and continuing its growth in a lab dish. With no circulating blood to contaminate their sample, the team observed that the heart-derived blood progenitor cells were producing macrophages.

Macrophages (“big eaters” in Greek) reside in tissues and travel around the body in the blood, seeking out and consuming harmful, damaged or unnecessary cells. Previous research had shown that macrophages exist in the heart valves, but Nakano’s team was the first to discover their role there: eating up excess cells to make the valves paper-thin and hyper-efficient. This process begins in the developing embryo and continues after birth; the macrophages remain in the valves to help keep them in shape throughout the lifecycle.

“Macrophages were known to exist in heart valves, but nobody had nailed down when they arrived there and where they came from until we watched them develop in the heart tube,” Nakano said.

“This showed us that the macrophages that are generated in the heart tube are particularly adept at eating up excess tissue,” Nakano said. “This makes them essential not just to heart valve formation, but to heart valve maintenance throughout life.”

Nakano said he hopes that the discovery will pave the way to more permanently solve heart valve conditions, perhaps by boosting or inhibiting heart-derived macrophages’ activity in order to regulate heart valve formation. And, because those macrophages remain in the body throughout people’s lives, it could one day be possible to target them to treat valve problems that develop later in life, he said.