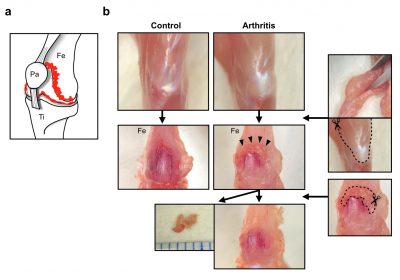 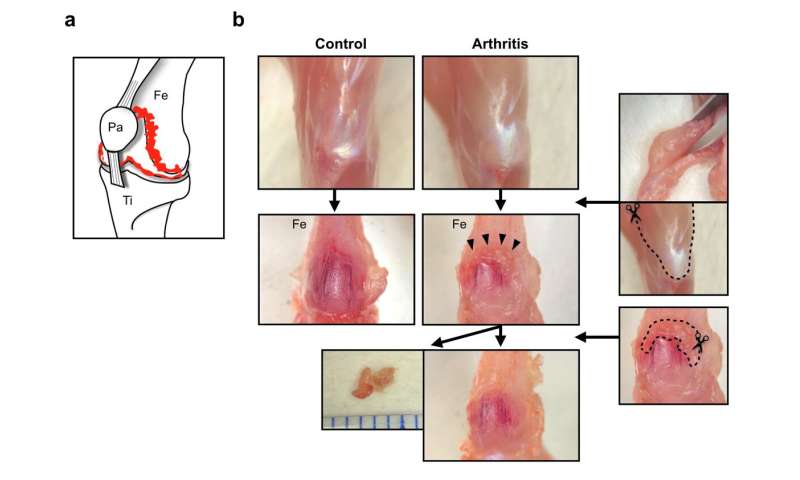 Arthritis is a common chronic disease in which joints become inflamed, leading to stiffness and pain that can often be debilitating. Rheumatoid arthritis (RA) is an autoimmune form of the disease, arising when immune cells attack the tissue that lines the joints. There is a need for new treatment options, as current therapies only alleviate symptoms or, at best, slow the disease. Now, in a study published in Nature Immunology, researchers at Osaka University have discovered a previously unknown type of RA-causing cell within arthritic joints that could someday be a target for new treatments.

There are two major cellular culprits that contribute to RA. The first are immune cells, which release inflammatory chemicals around the tissue of affected joints. The second are osteoclasts, specialized cells that secrete acids and enzymes to break down bone. Osteoclasts normally help to remodel healthy bone, but in RA their bone-dissolving ability goes into overdrive and damages joints.

“The disease-modifying anti-rheumatic drugs available today predominantly act against the inflammatory response of immune cells,” says Masaru Ishii, professor at Osaka University Graduate School of Medicine and corresponding author of the study. “Therapies targeting osteoclasts are limited, largely because we don’t know enough about the osteoclasts involved in RA. We were interested in understanding whether these cells are somehow different from the osteoclasts involved in normal physiological processes.”

Osteoclasts are elusive, residing along the surface of bone under layers of cartilage and tissue. This makes them difficult to isolate in the lab, even with tractable models like mice. To collect the cells, the research group had to develop a surgical technique that allowed them to extract osteoclasts from the femurs of arthritic mice. With osteoclasts securely in hand, they were then able to gather new insights into RA. 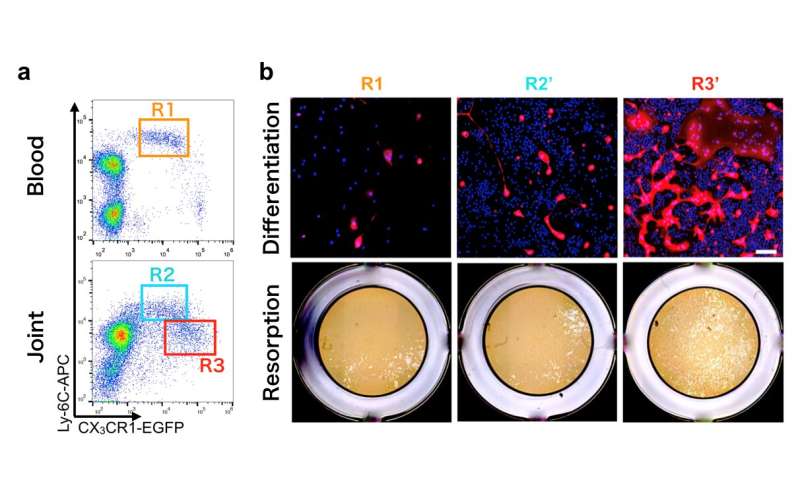 “We tracked precisely how arthritis-inducing osteoclasts develop from their undifferentiated precursor cells,” explains Tetsuo Hasegawa, lead author of the study. “While normal osteoclasts are derived from stem cells in the bone marrow, we found that osteoclasts involved in RA come from blood-borne precursors. The circulating precursors enter the joint and differentiate into a unique sub-type of osteoclasts, which are larger and have distinct markers that aren’t seen in other osteoclasts.” 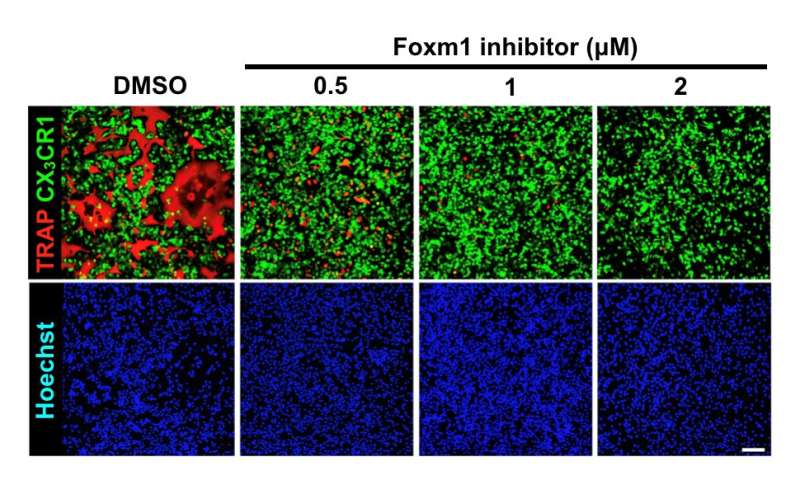