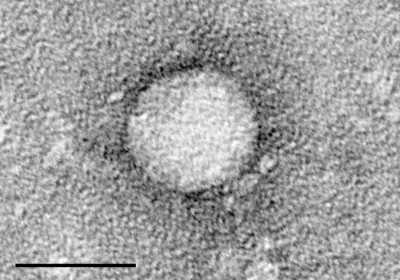 Nine patients at Penn Medicine have been cured of the Hepatitis C virus (HCV) following lifesaving heart transplants from deceased donors who were infected with the disease, according to a study published in the American Journal of Transplantation. The results highlight the potential for expanding the use of HCV-infected organs, including hearts, to broaden the donor pool for the more than 100,000 Americans currently on a transplant waitlist.

In 2017, Penn Medicine launched a clinical trial to test the effect of transplanting hearts from donors with HCV into patients on the transplant waitlist who do not have the virus. Researchers modeled the clinical trial, known as USHER, after an innovative Penn Medicine-led study that involved transplanting HCV-infected kidneys (known as THINKER), and then treating the recipients with an antiviral therapy to eradicate the virus after transplantation. In both studies, all the patients who completed the antiviral therapy regimen have been cured of their contracted HCV.

“For decades, Hepatitis C-infected hearts were often discarded—and the few people who received these organs were found to have a significantly lower rate of survival,” said Peter Reese, MD, MSCE, an associate professor of Medicine and Epidemiology. “Our trial provides fresh evidence to show that new antiviral treatments for HCV work well in immunosuppressed patients, which has the potential to really impact the field of transplantation. These preliminary results suggest that we should make it a priority to expand the use of good-quality HCV-infected organs.”

Reese, who co-led the study with Rhondalyn McLean, MD, MHS, medical director of Penn’s Heart Transplant program, and David S. Goldberg, MD, MSCE, an assistant professor of Medicine and Epidemiology, enrolled candidates who faced lengthy wait times due to a variety of factors, including a heart failure classification—often as many as five, seven, even 10 years. During the pre-enrollment phase, the research team conducted a three-step process of education and informed consent to ensure participants and their loved ones understood the potential risks. The team then used specific criteria to evaluate available organs, including a genotype restriction meant to minimize risk.

Between June 2017 and April 2018, 10 patients received transplants using the protocol. At three days after surgery, patients were tested for HCV, and all 10 tested positive for the virus. The research team then treated participants with a 12-week course of elbasvir/grazoprevir, known commonly as Zepatier, a highly effective oral medication approved by the U.S. Food and Drug Administration (FDA) to treat HCV. All 10 patients responded rapidly to the antiviral therapy. While the presence of HCV and use of antiviral therapy did not cause any adverse events, one patient died due to complications of antibody-mediated rejection in the first three months following transplantation. The other nine participants have been cured of their contracted HCV, and have reported good quality of life following their transplants.

The researchers noted that this is the first trial in thoracic surgery to transplant Hepatitis C-infected hearts into Hepatitis-C negative patients with a formal protocol, which enabled detailed prospective data collection from the donor and recipient. In the case of this study, the team was able to identify novel data on the viral replication and clearance in heart recipients in the USHER trial, as well as in the kidney recipients from the team’s THINKER trial.

“Unfortunately, every year, hundreds of the nearly 4,000 people on the heart transplant waitlist either die or get too sick for transplant—a tragic problem that stems from a limited donor pool,” McLean said. “We started this trial in hopes that we could introduce an entirely new pool of donors that would significantly expand the nation’s supply of available organs, enabling us to effectively transplant hundreds more candidates. Our data suggests the use of Hepatitis C-infected hearts—when followed by antiviral therapy—can be viable option for patients who may otherwise never receive a transplant.”