Only ‘modest’ improvement in heart failure survival rates since 2000 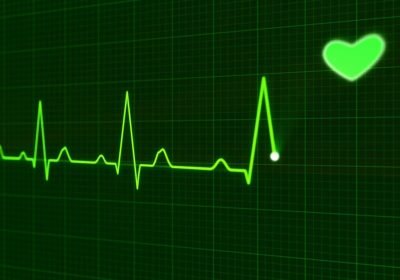 Survival after a diagnosis of heart failure in the United Kingdom has shown only modest improvement in the 21st century and lags behind other serious conditions, such as cancer, finds a large study published by The BMJ today.

The findings also show that survival is worse for people requiring admission to hospital around the time of diagnosis, and for those in the most deprived groups.

The researchers point out that, unlike cancer, heart failure has not been a priority for government policy or funding—and say their results “should alert policy makers to the need for further investment in heart failure services.”

Reliable survival estimates are important for any long term condition, yet studies exploring survival trends for heart failure over time are inconsistent.

So a research team led by Dr. Clare Taylor and Professor Richard Hobbs at the Nuffield Department of Primary Care Health Sciences in Oxford, set out to report short and long term survival rates of people with heart failure, and to examine trends over time by year of diagnosis, hospital admission around the time of diagnosis, and socioeconomic group.

Using UK primary care data from 2000 to 2017 linked to hospital and mortality records, they compared survival rates for 55,959 patients aged 45 and over with a new diagnosis of heart failure with 278,679 matched controls.

They defined heart failure as people with a new diagnosis of heart failure in their medical record during the study period. Hospital data revealed whether a patient was admitted to hospital within three months of diagnosis.

Improvement in survival was on average 2.4 years greater for patients not requiring admission to hospital around the time of diagnosis (5.3 v 2.9 years), which the researchers say probably relates to a more advanced stage of disease.

They also found an average 2.4 year difference in survival (11.1 v 8.7 years) for people who were least deprived compared with the most deprived group.

This is an observational study, and as such, can’t establish cause, and the researchers point to some limitations, such as being unable to identify type of heart failure, and the possibility that some data may have been incomplete or misclassified.

Nevertheless, they say survival after a diagnosis of heart failure “has shown only modest improvement in the 21st century and lags behind other serious conditions, such as cancer.”

The lack of substantial progress in improving heart failure survival rates “should alert policy makers to the need for further investment in heart failure services,” they write.