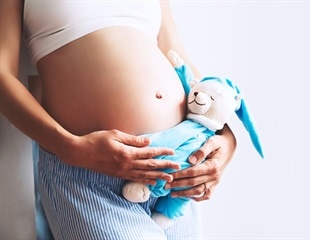 The NIPT (noninvasive prenatal testing) is a genetic test performed on pregnant women, in order to detect fetal chromosomal aneuploidies. It is based upon the testing of cell-free fetal DNA (cf-fDNA) separated from the blood of the mother. It requires only a simple blood draw and is associated with no serious complications, like other blood tests.

Basis of the NIPT test

Fetal DNA fragments leak into maternal circulation in small amounts during pregnancy from the amniotic fluid. This can be analyzed, and all the adjoining sequences linked up, to map them to the individual chromosomes. Recently developed techniques such as shotgun massively parallel sequencing (MPS), especially if designed to target the chromosomes of interest, such as 21 or 18, make it easy, fast and inexpensive to sequence and compare fetal and maternal DNA in these specified chromosomal regions. This helps identify excessive material in the fetal chromosomes and quantify it, to give the risk of aneuploidy. In other words, having more of chromosome 21 material than expected signals that the fetus has an extra 21st chromosome.

This test can be done by about 10 weeks of gestation, and is highly specific for the current pregnancy because it is cleared within an hour by the woman’s body. This means that no cell-free fetal DNA can be found more than an hour after delivery of the fetus.

NIPT differences to other prenatal tests

The triple and quadruple tests, followed by ultrasound imaging, have a high false positive rate for Down syndrome of between 2% and 7%, which is usually followed by invasive testing such as amniocentesis and chorionic villus sampling. This, besides being uncomfortable and expensive, has a 1-2% of miscarriage. NIPT was first introduced clinically in 2011, and has become immensely popular, as it is much less invasive in some cases, and more sensitive and specific than currently available tests for prenatal diagnosis.

At present, NIPT is offered by governmentally funded agencies to the following high-risk categories in pregnancy, though private centers may offer it to anyone who asks:

The difference that NIPT makes is that direct chromosomal testing is performed in this case, whereas indirect measures of chromosomal abnormality, such as resulting hormone levels in the mother’s blood, is measured in the triple and quadruple tests. This gives NIPT a high accuracy of over 98% in detecting a fetus with Down syndrome. Other conditions which can be currently tested for simultaneously include trisomy 13, 18, 22, and aneuploidies of the X or Y chromosomes, such as Turner syndrome or Klinefelter syndrome. However, the sensitivities and specificities for these conditions are lower than that for Down syndrome. Fetal sex and paternity is also detectable at an early stage of pregnancy. Diagnosis of more genetic abnormalities are being worked on currently, involving single gene mutations.

The test results may be one of three types:

About 98% of babies who have trisomic conditions will be detected by NIPT testing. False positives are very few, about 1 in 300, and may be due to a vanishing twin syndrome if done very early in pregnancy, or because the DNA came from a placenta which contains a few areas of chromosomal abnormality that are absent in the fetus proper (called ‘confined placental mosaicism’). In very rare cases the abnormality is actually in the mother’s DNA rather than in the baby’s.

False negatives, when the baby has a chromosomal anomaly that is not detected, which may occur because there is too little fetal DNA to be checked, or because the placenta (from which the cf-fDNA is shed) lacks the abnormality that is present in the baby, and rarely, because of a defective testing procedure.

NIPT testing is affected greatly by the fraction of cf-fDNA present in the mother’s blood, which depends upon the mother’s body mass, race, the presence of mosaicism, the age of pregnancy, and whether the pregnancy is a singleton or multiple gestation.

However, a strong note of caution needs to be sounded; NIPT is a screening test, and its results should be shared only by a health professional who is qualified to interpret the results and give proper counseling to the patient. For instance, NIPT may become a tool to facilitate selective female feticide in many regions of the world where female children are unwelcome. This is even more challenging to stop because of the ease of the test, unlike the more advanced facilities needed to perform the other more invasive screening tests. In addition, it may make it still easier to detect a host of other genetic disorders.

Thus, it may seem that NIPT is a great advance in making accurate aneuploidy testing available in low-resource areas of the world, but not enough thought has been given to its legal and ethical application. For instance, how to discourage the selective abortion of female, Down syndrome, or otherwise ‘defective’ children (without lethal anomalies), the need to discriminate between pathological and incidental variants of alleles without unnecessarily inducing panic and pushing up abortion rates, and making information readily and accurately available to all stakeholders, all remain pressing unsolved issues of today. It is essential also to remember that disabled people will always be present in society, and weeding out disabled children may release a Frankenstein’s monster—viz, neglect of adults in society who are disabled (by accident or illness) by the very children who were selected for by the use of such tests. Families with disabled children may also find social acceptance and the facilities to manage such children lacking in the future.