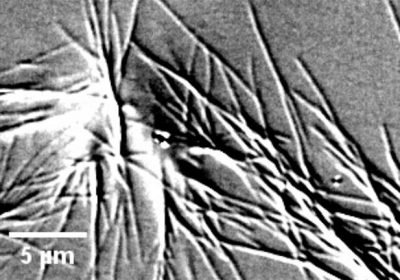 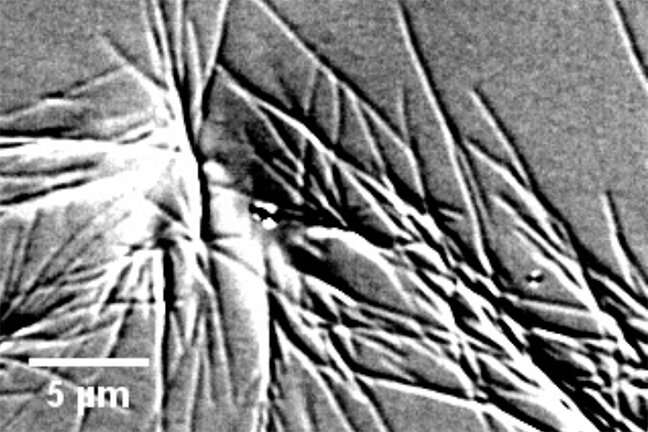 In a breakthrough study of sickle cell disease, biomedical engineers in the University of Minnesota College of Science and Engineering have revealed that the building blocks of the disease are much less efficient at organizing than previously thought.

The findings open the door to new treatments, including new medicines that could be prescribed at lower doses, for the approximately 20 million people worldwide who suffer from the lifelong disease.

The study, which includes the most precise measurements ever of the disease at the molecular level, is published in Science Advances, a journal of the American Association for the Advancement of Science.

“Even though it has been known for decades what causes sickle cell disease at the molecular level, no one has ever studied the disease at this level of detail,” said David Wood, an associate professor of biomedical engineering at the University of Minnesota and a lead author of the study. “What we found at the nanoscale was quite surprising. We found that the disease self-assembly process is less efficient than we thought, which means that it could be easier to develop new medicines that would be effective at lower doses and would cause fewer side effects for patients.”

When the red blood cells stiffen, they contribute to blockages in blood vessels that slow or stop the flow of blood. When this happens, oxygen can’t reach nearby tissues. The lack of oxygen can affect the entire body causing severe pain, increasing the risk of strokes, and causing infections.

The University of Minnesota researchers in this study performed the highest-ever resolution measurements of single sickle hemoglobin fiber assembly in action using microscopes and cameras that can measure the molecules at the nanoscale. Their measurements show that the rates of sickle hemoglobin addition and loss have been underestimated in previous studies. The new results reveal that the sickle hemoglobin self-assembly process is very rapid and inefficient. They found that the process is 4 percent efficient versus 96 percent efficient as researchers previously thought.

“It’s kind of like building a tower by stacking LEGOs,” Wood said. “For every 100 LEGOs only four actually stay on as part of the tower. I would have to stack another 100 LEGOs to get another four to stay on. This shows us that this is a much more inefficient process than previously thought and that it wouldn’t take as much medicine to disrupt this process.”

Currently only two FDA-approved medicines are available to those with sickle cell disease. While newer alternatives to existing medications are now in development to treat the disease, including stem cell transplants and gene therapy, Wood said those treatments will probably not be available to the millions of people in the developing world who suffer from the disease.

“We are hoping the new information we revealed in this study could make a big impact worldwide to develop medicines and other treatments that help millions of people,” Wood said.

Wood collaborated with fellow University of Minnesota Department of Biomedical Engineering Professor David Odde and post-doctoral researcher Brian Castle on this study. The research was built upon Odde’s previous work studying a similar assembly of microtubules in cancer.