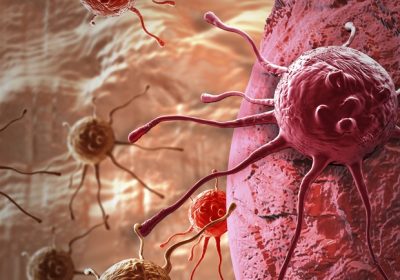 Newer chemotherapy drugs, known by brand names such as Navelbine®, Taxol®, Taxotere®, Gemzar®, Hycamtin®, and Camptosar® have produced improved response rates in tests of each drug alone. Various combinations of the new drugs with traditional agents, such as cisplatin and carboplatin, are now either in clinical trials or have reported early results of the trials. Other researchers are working to develop drugs called "molecularly targeted agents" which kill cancer cells by targeting key molecules involved in cancer cell growth. One of these drugs, called Avastin™, helped patients live a few months longer when it was combined with traditional chemotherapy.

New ways to schedule and deliver radiation therapy are under study, too. In conformal radiotherapy, doctors try to assess the tumor in 3 dimensions and focus the beam of radiation directly on the area of the tumor.

With brachytherapy doctors can deliver radiation directly to the tumor using radioactive pellets that are inserted into the site of the tumor.

These two techniques — conformal radiotherapy and brachytherapy — have the advantage of reducing damage to surrounding tissue.

Researchers are constantly trying to come up with new ways to find and diagnose lung cancer in order to catch it and treat it in its earliest stages. The chest x-ray is one of the most common tools used to test for lung cancer.

However, less than a third of lung cancer cases detected by chest x-ray are found early enough to be cured. A report from the National Cancer Institute's Prostate, Lung, Colorectal, and Ovarian (PLCO) Cancer Screening Trial found that chest x-rays can detect early lung cancer, but also can produce many false-positive results. That means that the tests will show that someone may have cancer, when they actually do not. Follow-up tests are needed to see if someone really has cancer.

One screening method that shows promise is spiral computerized tomography, known as spiral CT. Spiral CT can scan the lungs from the neck to the diaphragm in less than 20 seconds, or a single breath-hold. Preliminary studies show that it may help doctors find small tumors, but questions remain about the technology's risk and benefits as a screening tool.

Lung cancer prevention is another area that researchers are looking into. One possible treatment they are studying is chemoprevention — the use of natural or man-made drugs to reverse, suppress, or prevent cancer growth.

Chemoprevention is an area of active clinical research, which is research involving direct observation of patients.

There are also clinical trials under way to find out how well some substances can work to prevent an additional, secondary form of cancer in patients who have had early-stage lung cancer.

An aerosol spray to deliver drugs directly to the lungs and a vaccine for nicotine addiction are among the treatments researchers are studying. Common use of these treatments may be years away, however.

Some other agents which researchers hoped might prevent lung cancer included 13-cis retinoic acid or CRA or isotretinoin, and retinyl palmitate. Both are derived from vitamin A, but both have been found to be ineffective.