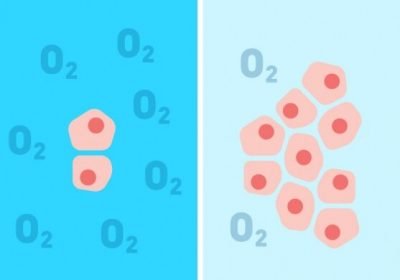 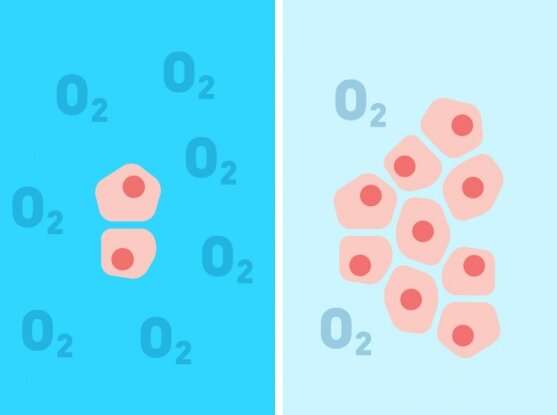 Friedreich’s ataxia (FRDA) is a rare, inherited disorder that causes progressive damage to the nervous system. This damage leads to ataxia—problems with movement and coordination—that worsens with time. Other symptoms, such as loss of strength and sensation in the arms and legs, muscle stiffness, and impaired speech, hearing, and vision, can also result. New research in cell models and in mice suggests that limited environmental oxygen, known as hypoxia, might one day help FRDA patients, although the safety of doing so is yet unknown.

FRDA is caused by low levels of the mitochondrial protein frataxin, which helps synthesize essential iron-sulfur clusters. Although it is rare, FRDA is the most common form of hereditary ataxia in the United States, afflicting roughly 1 in every 50,000 people.

“Friedreich’s ataxia is a debilitating and crippling disease, and we have no proven therapies,” said Vamsi Mootha, an institute member and co-director of the Metabolism Program at the Broad Institute.

Iron-sulfur cluster formation, which is disrupted in FRDA, is essential to many biochemical reactions in the body. Iron-sulfur clusters first formed spontaneously more than 2.5 billion years ago when Earth’s atmosphere had little oxygen. The evolutionary origins of the clusters made Mootha and his team wonder if environmental oxygen might play a key role in FRDA.