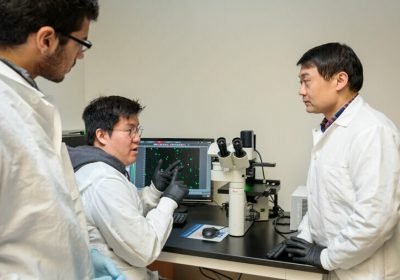 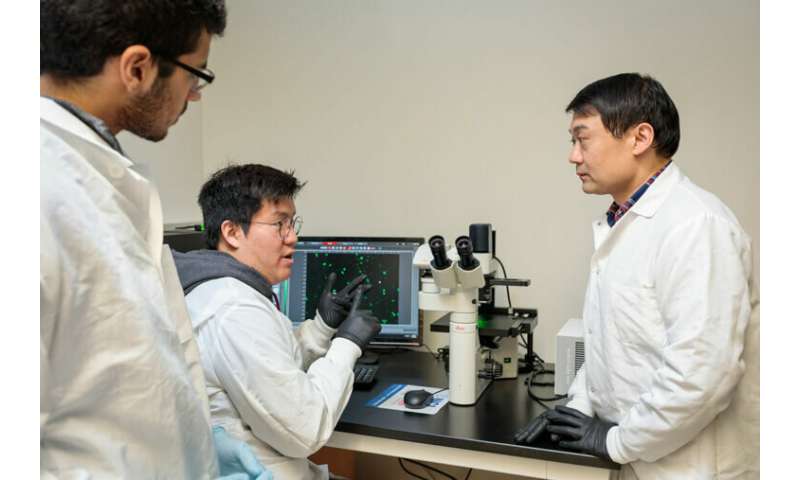 Mistakes in DNA are known to drive cancer growth. But a new study, from Washington University School of Medicine in St. Louis, heavily implicates a genetic phenomenon commonly known as “jumping genes” in the growth of tumors.

The study is published March 29 in the journal Nature Genetics.

Since jumping genes aren’t mutations—mistakes in the letters of the DNA sequence—they can’t be identified by traditional cancer genome sequencing. As such, this study opens up new lines of research for future cancer therapies that might target such genes.

Jumping genes, which scientists call transposable elements, are short sections of the DNA sequence that have been incorporated randomly into the genome over the long course of human evolution. The evolutionary histories of jumping genes are the subject of much current research, but viral infection is thought to play an important role in their origins.

Wang and his colleagues found that many cancers that get switched into overdrive and boost tumor growth have jumping genes that function as a kind of stealthy “on switch.” These cryptic switches can force a gene to be turned on all the time, even though it should be off.

“If you perform typical genome sequencing looking for genetic mutations driving cancer, you’re not going to find jumping genes,” Wang said. “Jumping genes are more important in some cancer types versus others, but on average, we found at least one of them activating a cancer gene in about half of all the tumors we studied. This is important information because these tumors also tended to be aggressive, so doctors might treat them more aggressively if they could know this in advance. It also provides new targets to study for future cancer therapies.”

Wang and his colleagues studied 7,769 tumors across 15 cancer types collected as part of The Cancer Genome Atlas (TCGA) project. TCGA is a national effort to characterize the genetic roots of cancer, funded by the National Institutes of Health (NIH). The researchers, including co-first authors Hyo Sik Jang and Nakul M. Shah, graduate students in Wang’s lab, found 129 jumping genes acting as stealthy on switches for 106 cancer genes in 3,864 tumors, including breast, prostate, lung, colon, skin and brain cancers.

The study opens up new avenues of research for cancer therapeutics that are based on an understanding of gene regulation rather than mutation, according to the researchers. They found that jumping genes serving as stealthy on switches occur most often when the DNA is in an open shape, meaning the DNA in a specific region has lost some of its regulation and control features. Such sections of the genome are no longer closed off and shut down as they should be. As such, seeking ways to lock down DNA that has opened up inappropriately could lead to new types of cancer drugs.

Wang also said the study provides information that could help doctors predict a patient’s prognosis. For example, tumors with transposable elements acting as stealthy on switches are more aggressive than those that lack this type of cancer gene activation, and that information could guide treatment decisions with therapies that are already available.