How hepatitis B and delta viruses establish infection of liver cells 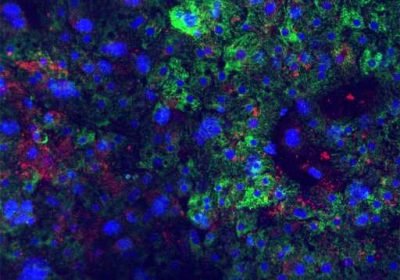 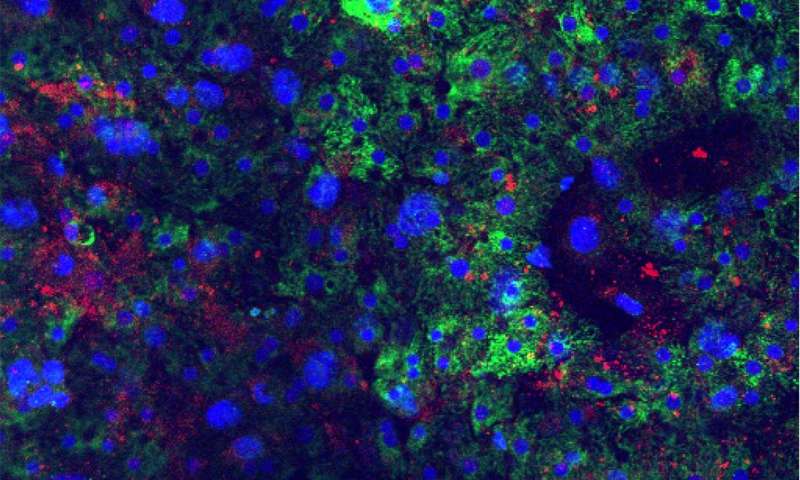 Princeton University researchers have developed a new, scalable cell culture system that allows for detailed investigation of how host cells respond to infection with hepatitis B (HBV) and delta virus (HDV). The paper describing their findings was published online on June 18, 2019 in the journal Hepatology.

HBV causes an acute illness that is usually rapidly cleared by adults with intact immune systems, but young children and people with HIV are at particular risk of chronic HBV infection, which can lead to cirrhosis or cancer of the liver. Infection with HBV also renders a person vulnerable to infection with HDV, which can cause acute liver failure and/or accelerate the progression to cirrhosis or cancer. Fortunately, an effective vaccine exists for HBV, and because HDV requires HBV in order to reproduce, both can be considered preventable diseases. However, the expense and limited availability of the vaccine leaves millions at risk for infection worldwide.

A better understanding of how the viruses affect the cells they infect would assist in the development of drugs to combat or even cure infection, but HBV and HDV only infect liver cells (hepatocytes) from humans and chimpanzees. Such cells are difficult to obtain, and when grown outside the body in cell culture, they undergo a process called de-differentiation: over the course of just a few days, they lose their specialized characteristics and functionality. When this happens, they also lose the ability to be infected with HBV and HDV, creating a significant obstacle to studying chronic viral infection.

“Attempts have been made since the mid-1980s to establish robust—and, importantly, persistent—infection in primary human hepatocytes (PHHs) with limited success,” said Alexander Ploss, an associate professor in the Department of Molecular Biology at Princeton and leader of the study.

Studies with other tissues have shown that specialized cell types sometimes require the support of other types of cells in order to maintain their differentiated status. Hepatocytes make up the majority of cells in the liver, but the tissue also contains many other cell types, which are collectively referred to as “non-parenchymal cells.” Recently, graduate student Benjamin Winer, together with colleagues in Ploss’ lab and at the Hurel Corporation, demonstrated that freshly isolated human hepatocytes can be grown together with non-parenchymal cells on a supporting surface made of collagen. In this cell culture system, which the researchers call a self-assembling co-culture of primary human hepatocytes (SACC-PHH), the hepatocytes retain their differentiated state and can support chronic HBV infection for up to 40 days.

“This system has created unprecedented opportunities to study host responses to hepatitis virus, especially in the context of persistent infection,” Ploss said.

In the new study, Winer and colleagues investigated how hepatocytes respond to infection with HBV and HDV. First, they tested whether SACC-PHH can support infection with both viruses. HBV hijacks the cell’s protein-making machinery to make viral proteins, and HDV co-opts HBV proteins to assemble itself. Therefore, HDV can only reproduce when it infects cells at the same time as HBV (co-infection) or in cells already chronically infected with HBV (super-infection). The researchers found that both of these scenarios can occur in SACC-PHH, even when the culture system has been scaled down to tiny 384 microwell culture plates—a development that makes the system well suited for high-throughput screening of candidate drugs. Accordingly, the team showed that prophylactic treatment with two candidate antivirals, entecavir and Myrcludex B, could reduce levels of both hepatitis viruses in SACC-PHH.

Viral infection provokes many changes in the host cell, ranging from metabolic adaptations to the activation of innate immune defenses that can recognize and destroy a virus inside the cell. To explore what changes hepatocytes experience in response to HBV/HDV infection, the authors looked at which genes were being expressed using a technique called RNA-Seq analysis. The data showed that cells infected with HBV exhibit elevated expression of genes involved in oxidative phosphorylation and interaction with the extracellular environment. By contrast, cells additionally infected with HDV had similar gene expression patterns as uninfected cells.

Interestingly, even though the hepatocytes’ innate immune signaling pathways were intact and could be stimulated by addition of chemicals such as poly(I:C), HBV infection did not activate these defenses. On the other hand, treatment with poly(I:C) helped suppress HBV growth, suggesting the virus flies under the radar of cells’ defenses to establish persistent infection.